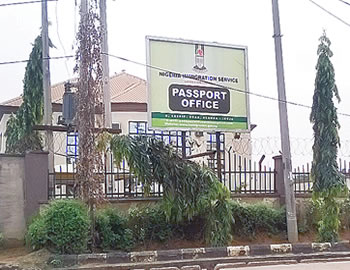 The Passport Control Officer (PCO) in Ikoyi, Lagos State, Mr Kayode Eniolorunda, on Saturday said that there were more than 4,000 passport applications in the office without follow-up by their owners.

Eniolorunda made the disclosure while reacting to the directive by Immigration Comptroller-General (C-G) on passport backlog during an interaction with Crime Reporters Association of Nigeria (CRAN) in Lagos.

The News Agency of Nigeria (NAN) reports that on June 13, the C-G, Muhammad Babandede, gave passport control officers at home and abroad, 48 hours to clear the backlog of passport applications.

The service spokesman, Mr Ekpedeme King, who gave the C-G’s order in a statement, said that the directive followed complaints by passport applicants.

Eniolorunda said that many people put up applications to secure Nigeria International Passports without following it up to completion.

“We have complied with the C-G’s order. However, we have between 4,000 and 5,000 applications whose owners never return to complete the processes.

“We are doing everything possible to ensure that applicants do not spend many hours at our office before they are captured.

“There are also some completed passports which have yet to be collected by their owners,’’ he said.

On the alleged issuance of fake passports to Nigerians, the PCO blamed individual applicants who patronise touts at the entrance of the office.

Eniolorunda, who expressed sadness over some educated persons being victims of fake passport, stressed the need for applicants to always reach the right office before making payment.

He said that his operatives arrest suspected touts around the passport office on a daily basis and so warned applicants against their activities.

Eniolorunda commended the media for enlightening the public on the activities of touts around passport offices.