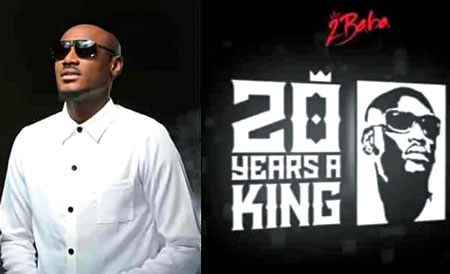 Nigerian music icon, Innocent Idibia, popularly known as 2Baba, has announced that he will be leading a campaign to promote peace and good governance in the country as part of his 20 years on stage celebration.

The campaign is scheduled to hold on his birthday, alongside various events and activities planned for the week tagged ‘2Baba week’.  This is aimed at calling the attention of the government towards the need of the people and to promote peace amongst Africans. It would also calling for an end to the xenophobic attacks and insecurities across the country and the continent at large.

While speaking to Friday Treat, Efe Omorogbe, Hypertek’s digital manager, emphasised that the celebration is proposed to last for a whole week and will entail events such as talent hunts, media hangout, radio take-over, industry night and will round up with the finale at the foundation concert in Abuja.

“We will be celebrating our friend, founder, brother, mentor and someone who, as an artiste, represents everything that is great about Nigeria and the African music industry as far as this generation is concerned,” he added.

Speaking on the vision behind the creation of the week-long celebration, 2baba said, “It’s just a medium to thank the lord and have fun at the same time.”

2baba stated his biggest legacy in 20 years was the fact he was part of the fire and driving force that started and kept the whole movement of new generation Afropop that has broken through to the global stage. He was also quick to kill the idea of a group performance when asked of any possibility of a reunion with members of Plantashun Boiz.

He further emphasised that he has every intention of continuing to practice music and writing songs and will continue dropping hit tracks for fans across the world, describing music as a passion and not a necessity.