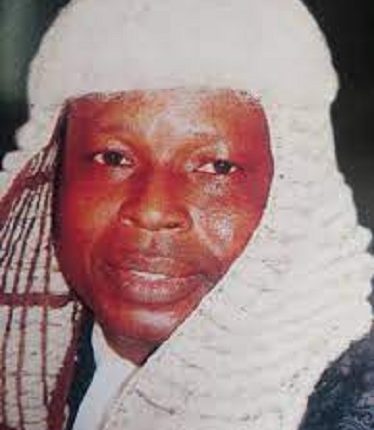 A Senior Advocate of Nigeria, Prince Lateef Fagbemi, has canvassed for a new law that will out rightly prune political parties to a maximum of six as a way of ensuring sanity in the body politics of the country before the 2023 general election.

Fagbemi claimed that the present 86 political parties is too wieldy for Nigerians, especially the Independent National Electoral Commission (INEC) to cope with along with other challenges.

The senior lawyer spoke in Abuja at the ongoing National Workshop on Election Petition Review organized by the Court of Appeal in collaboration with the International Foundation on Electoral System (IFES).

In his paper titled, “Reform of Election Litigation Process -The Constitution, Electoral Act and the Practice Directions,” Fagbemi argued that a situation where INEC and Nigerians will have to contend with over 86 political parties in an election cannot augur well for any electoral process.

He said, ” I know that my position will generate reactions but the truth and reality is that political parties must be scaled down from the present 86 to a maximum of six parties to sanitize the party system.

“Having as many as 86 political parties is too wieldy leading to confusion and exclusion that may not be deliberate on the part of our electoral body,” he said.

He pleaded that electoral reform must not be left alone for politicians because nothing good may come out of it adding that in some cases politicians are clever and will not enact laws they may fall victim to their ambitions.

“Let nobody be taken off guard, our electoral system needs some drastic and very unpopular rejigging and amendments to the law. The sui-generis nature of electoral laws also dictates that reforms to them cannot but be unprecedented if they are to be effective.”

Fagbemi further argued that it may be better for the nation to have bad laws to be administered by good people than the other way round and canvassed that credible experts must be given chance in the new efforts to reform the country’s electoral process.

“We cannot overemphasise the need to ensure that our electoral laws are designed in such a way to allow for the election of credible, competent and responsible leaders at all levels.”

Besides, the senior lawyer canvassed for another reform in the service of election petitions and other processes on the winner of any election especially at the governorship and presidential levels.

He suggested that henceforth, the candidate that wins an election to be challenged in court or tribunals should be served with the petition through the party secretariat of such winners in view of a limited number of days the petitions are now being decided.

Fagbemi claimed that experiences have shown elected governors after inauguration ordering that Government House is cordoned off by security operatives so as to frustrate being served with petitions and other processes as required by law.

To lessen the burden of service of petitions or court process, he canvassed that the winning candidates must be made to produce a certificate that he has no petitions against him or that he has joined issues with petitioners so as to qualify for the inauguration.

In spite of the huge investment in the water sector by the government and international organisations, water scarcity has grown to become a perennial nightmare for residents of Abeokuta, the Ogun State capital. This report x-rays the lives and experiences of residents in getting clean, potable and affordable water amidst the surge of COVID-19 cases in the state.  2023: Senior Lawyer, Fagbemi seeks law to prune political parties to six