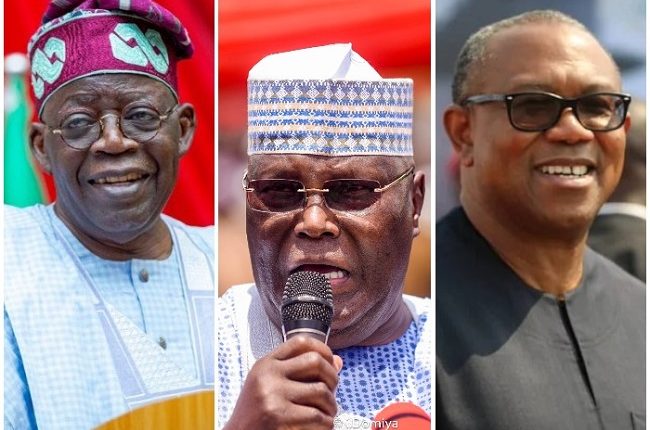 The window for campaign by candidates and political parties for 2023 elections will officially open on September 28. DARE ADEKANMBI looks at how the coming electioneering must be devoid of the rituals that have robbed campaign rallies of their essence.

The processes leading to the conduct of the all-important 2023 elections enter a key phase this month with public campaign being officially sanctioned to begin by the Independent National Electoral Commission (INEC).

Item nine (9) on INEC’s timetable, listed as commencement of campaign by political parties in the public arena, is in accordance with Section 94 (1) of the Electoral Act 2022. It empowers political parties to start their campaign 150 days to elections and 24 hours before voting begins.

Accordingly, presidential and national Assembly candidates are permitted to hit the streets from September 28, while those in the governorship and House of Assembly races will follow two weeks later on October 12.

It would seem that in drafting the enabling law, consideration was given to the reality that long before the official commencement of campaign, politicians have always devised means of reaching out to people, particularly influential opinion molders, with their message hiding under the guise of engaging in consultations.

The three leading presidential candidates in next year’s election, AtikuAbubakar of the Peoples Democratic Party (PDP), Senator Bola Tinubu of the All Progressives Congress (APC) and Labour Party’s Peter Obi have all been junketing around the country, meeting leaders behind closed-doors and regaling the press with only what they could reveal from their discussions.

What campaign rallies are versus what they ought to be

There is an overwhelming consensus that political campaigns in the country have been greatly deficient in terms of their nature, tenor and focus.

A political campaign is an organised event held in an atmosphere of open discussion with political parties and their candidates engaging the civic populace on their plans for the country and its citizens.

But in Nigeria, particularly since the return of civil administration in 1999, campaign rallies are increasingly proving to be avenues for candidates to, in the words of Shakespeare, woo the hapless masses “with the craft of smile”, and in some cases “renting” them as crowd to populate the venues of campaigns while dishing out vain and unattainable promises that they know the audience may not critically dissect.

At most of such rallies, copies of the programme and the roadmap to achieving it are not circulated to the audience for interrogation. And where they circulate them, the details are sketchy and the clear path to achieving the usually lofty plans is not articulated.

Politicians would characteristically mobilise popular music acts to perform at their campaign rallies for the electorate to dance away their sorrow. Such music and dance have been given ample time, rather than focusing more on the goods they intend to deliver for the citizenry.

Campaign period sought to naturally provide the political class with a great opportunity to either validate the findings they have documented from past research or collect fresh data from the populace for the purpose of providing good governance.

Will things be done differently this time?

A scholar on political communication and senior lecturer at the University of Lagos, Professor TundeOpeibi, tells Sunday Tribune that campaign period should be a moment for “political marketing” rather than “political macheting” as usually experienced in the country’s political space has shown.

“Unfortunately we have been witnessing some unsavoury comments of some candidates denigrating others and attacking them. This is not a typical, civilized political discourse. They should focus on issues and avoid mudslinging, character assassination or keep blaming the others.

On most campaign rallies being populated by common people and scanty number of the elite, Opeibi said, “the issue is that many of those of us who are elite don’t really vote and the politicians know that the people they can mobilise to campaign venues are those in the lower cadre of society. So, they must reach out to them in the language they understand.

“So, that is a strategy in political discourse. You must look at your audience and what they will understand and how you can communicate your vision and manifesto to them effectively.

“Our political discourse and democratic system are yet to mature. So, we can’t compare ourselves with the Western democracies that they have been practising for more than a century,” he explained, concurring, however, that the process needs to be refined.

“I agree with you that we must begin to refine the process, the system of campaigning, but as I said, it will take us some time before we get there. What I will advise our politicians to do is to avoid money politics which makes them feel that they can buy votes. They don’t really believe in campaign, they just merely go to the venues to just do showmanship for the sake of campaigning,” he said.

A former chairman of the National Human Rights Commission (NHRC), Professor ChidiOdinkalu, opines that Nigerians need to be critical of the promises the candidates and the parties will make to them this time and see if the promises are measurable and not mere motherhood statements or like Shakespeare said, a tale told by politicians full of sound and fury yet signifying nothing.

“I think the one thing that has defined Nigerian politics and campaigns in the last decade has been an absence of issue-based politics. In 2015, Goodluck Jonathan, who was in his second term, promised Nigerians ‘transformation’ and General MuhammaduBuhari promised ‘change.’ Nobody asked either of them what any of those concepts meant. So, people queued up ultimately behind Buhari who promised ‘change’ at over 70 years of age; change that he was not able to implement when he was in his 40s.

“Now that Buhari has proved an absolute disaster because there is no other way to describe him, people are now wondering how they got themselves to the nonsense that is happening in the country.

“This time, the citizens should be prepared to ask questions from any of the leading candidates and get to the nitty-gritty of what exactly they are selling.”

The candidates, the issues and what electorate must look out for

A professor of Mass Communication and Dean, Faculty of Social Sciences, Redeemer’s University, Ede, Osun State, Professor BayoOloyede, states issues Nigerians should look out for from politicians whether at campaign rallies or political debates.

“The main thrust of campaign ought to be issues about what the candidates have in plan for the people. Issues of how they want to execute development programmes, the loopholes they have identified in the system, especially with the rate of rottenness that we currently have in all sectors.

“So, we expect that candidates are going to come out to tell us how they are going to better the system very quickly because there is a real heavy dose of discontent and despondency among Nigerians in all the sectors. Is it the economy that you want to talk about or is it security? Is it education?

“You will observe that Nigerians are leaving the country in droves currently, especially the young ones. Anyone who has the opportunity to move out is moving out. This is not in the best interest of our country because when young and creative people leave a particular environment, it diminishes the rate of progress in that society. And we can’t blame these young people when you look at the situation, there is no hope, everything looks hopeless.

“This is what we currently have and the electorate will expect those who are campaigning to lead us to tell us what they want to do. We expect a deep analysis of the current situation. Unfortunately, from the previous campaigns that we had before the gubernatorial elections in Ekiti and Osun states, we did not see much of this.

“The electorate should look out for discussion of issues and the central issues are very clear. How are the people who are campaigning to lead us better the system.

“A lot of issues also call for attention. Most of the candidates chosen by the parties have a lot of baggage, some moral baggage, some educational/certificate baggage, some have corruption allegations. They need to clear the baggage and in addition, tell us what is going to make them better than other candidates.

“We need to know what the plan to do and how they want to do it. This ordinarily and ideally is what the electorate to dissect or study to convince them. It is not about ethnicity or religion and so on,” he said.

Campaign and the vote merchandising phenomenon

But do the candidates need to campaign when there is a new strategy of them stockpiling tons of cash to be doled out to the electorate before and during elections?

That is perhaps one question that will be agitating some Nigerians in the wake of the new fashion of politicians really not showing much interest in selling their manifestos to the people but reposing huge confidence in the power of cash and the number of votes it can deliver for them.

Professor Oloyede believes money may not do the magic for the candidates this time. “Since they know they will be detected, they don’t necessarily wait till the election day to give the money. Monetising election in Nigeria is due to the level of poverty and illiteracy. People may collect the money and not deliver the votes for them this time. That is what I foresee. From my own personal analysis, relying on money this time round may not deliver the highest votes. The situation goes beyond that.

“People are becoming more enlightened and they see the rottenness all the time and they see that it is affecting their children. They have children in public universities and they have been at home for six months and solution is not in sight and then you are asking people to come and vote for you. Even if they collect your money, I foresee that they may not deliver the votes this time round. Whether persuasion can help in /dissuading the electorate from collecting money from politicians that is what I don’t know, given the level of poverty currently in the land,” he said.

For Professor Opeibi, the process needs some refinement and the media has a big role to play. “As you rightly observed, the structure for political campaigning is very important. You engage in political debates and thrash out issues. Unfortunately too, some politicians run away from debates.

“Those of you in the media must consistently organiseprogrammes for these politicians to tell us what they want to do. You also follow up and ensure you don’t give them any breathing space. The media has a greater role to play in setting agenda for political campaign and then drawing out the politicians and let them know the way the world is going now is not about what they used to do. Of course, the social media is also a massive platform now. I also think they need experts who will help them to get on the platform and mobilise young people to get interested in political campaign,” he said.