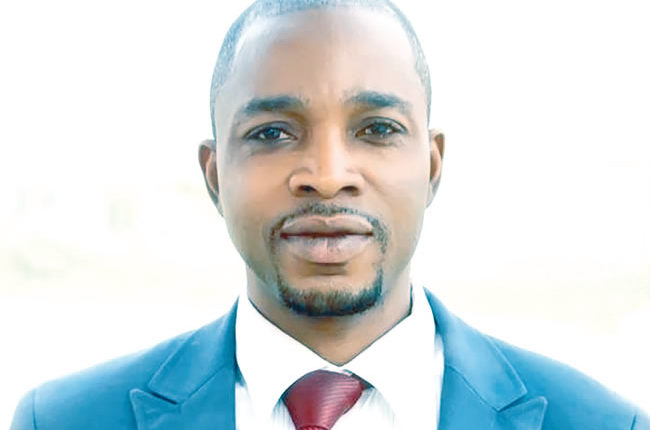 Prophet Samuel Oyadara is the founder of Christ for All Peoples Church, Ojo, Lagos State. He speaks on the state of the nation, in this interview with BOLA BAMUS. Excerpts:

Can you tell us exactly how you perceive the state of the nation right now, what exactly is the situation currently in Nigeria in your view?

In fact, the situation currently is getting out of hand as you can see that our so-called government leaders have failed this nation in all ramifications. Most especially those in the ruling party called APC, in short, are confused about what to do because it is beyond them. They are giving us false hope, for me, nothing has been achieved in a situation whereby N20.00 is being generated as revenue, while N100.00 has been borrowed, that is not an achievement but mounting debt.

The security situation in the country is no doubt worrisome, the situation, no doubt has remained the same for a long time. Well, until our leaders who are behind it, I mean those that sponsor them (terrorists) decide to change their hearts, the security situation will remain the same by the grace of God. I said this before in one of my interviews with the Nigerian Tribune that the security challenges facing our nation are beyond what the combined efforts of local and international military might could suppress, except only God can change their (our leaders) hearts.

As a man of God, did you foresee this ugly situation that the country is passing through?

Yes, of course. By the grace of God, such as contained in the edition of Sunday Tribune published on 31 January 2016, where I said God warned that Nigeria should pray to avert more problems having to do with insecurity, economy, and socio-political. Also, even before then, you can read much similar warning in the edition of Sunday Tribune of December 6, 2015, on page 42 of that paper.

I warned that Buhari is not the one that will change Nigeria and that our political foundation as a country was built on the occult foundation. So that’s the problem, that’s it.

What role is the religious body, especially Christendom playing in ensuring that the insecurity does not consume the country?

What should be the role of Nigerians in addressing this ugly situation and for Nigeria to get back to her glorious past?

The role Nigerians should play now, I think all Nigerians should think twice in the 2023 general election and cast their votes wisely and vote the right leaders into government. Any Nigerians who are wise and can see clearly can tell where we are now. But the big problem is this, no presidential candidate or party has been ordained for 2023. They are the same people that put us where we are now.

The issue of the Muslim-Muslim ticket has generated a lot of arguments, concerning the 2023 Presidential Election, and we are yet to hear your opinion on it, please, let’s know what you feel about it.

I think everyone knows Nigerians have two major religions – Christianity and Islam. The arrangement all along has been that if a Christian becomes president, his vice should be Muslim, and on the other hand, if a Muslim becomes president, he should get a Christian to serve as his vice president. That should not cause any problem, but doing otherwise by choosing to fly a Christian- Christian or Muslim- Muslim ticket would be against national unity and it’s dangerous for the country.

There is this fear in some quarters that the 2023 General Elections may not hold, do you also feel so?

For me, I don’t see the reason why the elections will not be held in 2023. But for people who have an evil plan towards the exercise, they may think it won’t hold but whatever the case may be, God should help us to overcome their evil plan. That’s my prayer every day.

What is your message to Nigerians at this point?

My message to Nigerians is that both leaders and the led should turn away from our wicked ways as evil has become a normal thing in this country.

My advice is that people should stop sharing blood, directly or indirectly either with terrorists or ritualists. Every act of evil should be avoided and we should seek the face of God in prayer so that we may live a peaceful life and have a prosperous country because God will judge all our work whether good or bad, Ecclesiastes 12:13-14.

Tinubu, Atiku, Obi, where will multibillion campaign funds come from?

Christ’s revelation of the Father (II)