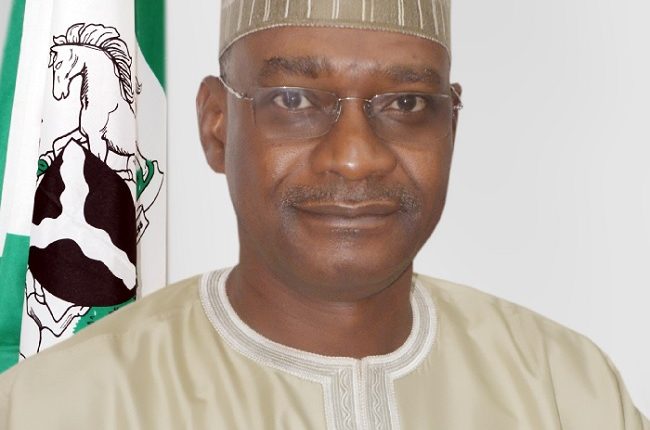 There was a mild drama at the National Assembly, on Thursday, when the Managing Director of the Federal Roads Maintenance Agency (FERMA), Engr Nurudeen Rafindadi, informed the members of the House of Representatives Committee on FERMA that the Ministries of Finance and Works and Housing inflated the 2021 budget of the Agency by over N11 billion.

The drama ensued at the Budget Defence of the Agency when a member of the committee, Rep Yusuf Gadgi, questioned the FERMA boss why the budget had a sudden increase of over N11 billion and wanted the FERMA boss to explain to the Committee whether he was in charge or not

“I will respectfully want you to address that aspect. Are you in charge of FERMA, how come before the proposal got to National Assembly, it was increased upwards?

The FERMA boss, while answering the question said: “Our proposal of the budget as it is today is submitted to the federal ministry of works. The reason is that FERMA is an agency under the supervision of the Federal Ministry of works. We’re represented at the cabinet by the honourable minister of works

“And yes it is true, we submit our budget to the ministry, what happens after is between the ministry, then ministry of budget and planning until subsequently it reaches the House of Representatives. We only know what was in our budget after submission. We’ve since gotten the budget of FERMA as submitted to National Assembly and we’ve been analysing the differences between the two budget like you said.”

Earlier, members of the committee had disallowed the Agency from presenting its 2021 budget over lack of execution of the 2020 budget.

The request to allow the presentation of the 2021 budget tore members of the committee apart resulting in a prolonged argument amongst members.

The Managing Director of the Agency, Engr Nurudeen Rafindadi, and his Management team were ordered out of the session while members dissolved to the Executive session and deliberated amongst themselves on salient issues.

Members while arguing said that the agency had been irresponsible and unresponsive to its core mandate. Some of the members said they had called the Managing Director to alert him in the sorry state of some roads and he refused to pick their calls.

Besides, they said strange items regarding COVID-19 palliatives were seen in the FERMA budget-making, members wonder what those have to do with road maintenance.

Also, the committee members said the relevant budget documents were submitted in the morning, a few hours to the sitting, depriving members of the opportunity to review the budget of the agency.

Efforts by the Chairman of the committee to prevail on the members on the excuse that time was short and the budget has to be passed in a timely fashion was rebuffed by member, causing the committee to go into a closed-door session on the next line of action.

Eventually, the FERMA boss and his team were called in, the lawmakers agreed that the budget hearing is moved to next week so that a thorough consideration be done.

APC Caretaker set to embark on registration of party faithful