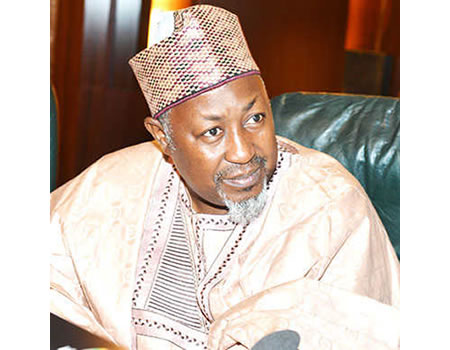 THE Jigawa state chairman of the All Progressive Congress (APC), Alhaji Ado Sani Kiri pleaded with some of the party’s stalwart to drop all garages and differences among themselves to puts party at hart and support the state governor and recently elected local government council.

Report from the state indicated that heads of the stalwarts including former gubernatorial aspirant started rolling during the fielding candidates of the chairmen and councilors of the local government election which may divided the party in the state despite the 2019 general election is approaching.

Alhaji Ado Sani Kiri said ‎no any crack in the party as all members are loyal to the party leadership and no single petition letter received against any candidate from any APC member as everybody involved in the consensus.

“I never received any complain against any candidate from any member of APC and even if there are aggrieved members, they are supposed to complain to the party leadership and complain so that from there we may know what we should do on the matter” Kiri stated.

He announced the party’s intention to set-up reconciliation committee to contacts all aggrieve members to reconciles all the members and ensure the unity and working together of the members.

Meanwhile the All Progressive Congress (APC) in Jigawa state, has denied an allegation that the Party bribed the opposition parties with over forty million naira before they were participated in the just concluded local government council election ‎in the state.

The state party chairman of APC Alhaji Ado Sani Kiri denied the allegation and condemn the rumors while speaking to newsmen ‎ over his party’s victory in the council election in which all the 27 chairmen and 278 councillors seats won by APC.

He explained that, there no way the state government can give money to opposition party to participate in the election, even common sense cannot take this, is just a lie from those who couldn’t win even a single seat.

His words “Even if somebody tell you that Jigawa state government have given any kobo to any opposition party to participate in the just concluded local government election in Jigawa state he is telling you a great lie” .

“So I am not aware of this rumours at all, and I am hearing it from you for the first time go and ask SIEC chairman he is in a right position to give you answer” he said.