2019 elections: We have factored in interest of PLWD ― Osun REC 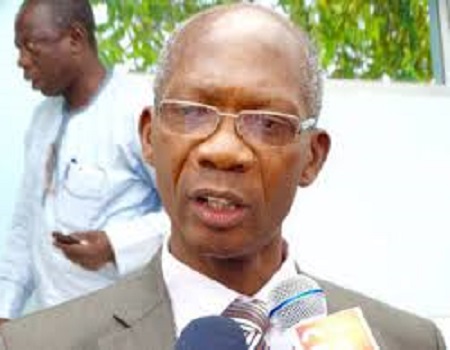 AHEAD of the conduct February 2019 general elections, the Resident Electoral Commissioner (REC) of the Independent National Electoral Commission (INEC) in Osun, Mr Olusegun Agbaje on Tuesday said the umpire has factored in the interest of People Living With Disabilities (PLWD).

He disclosed that special arrangements have been put in place make voting process easier for the PLWD, taking into consideration their condition.

Agbaje made these disclosures in Osogbo, Osun State at an interactive forum with PLWDs as part of the preparation for next month elections.

He stated that “INEC is conscious of the voting rights of every Nigerian citizen, particularly People Living With Disabilities and in recognition of this, the commission in consultation with PLWDs groups has reviewed and adopted a framework on access and participation of PLWDs in the electoral process ahead of the general elections in 2019.”

According to Agbaje, “arrangements have also been concluded to deploy Braille ballot guides for the visually impaired and magnifying glasses for the albino as well as repositioning of polling stations to make them accessible to PLWDs.”

He further explained that the commission had among other things engaged with some Civil Society Organisations (CSOs), heads of security agencies, party leaders, youth groups, religious leaders, traditional rulers on the need for all citizens to support peaceful elections.

“I want to reassure you all that the commission will continue to work hard to create the needed level playing field for all political parties that have nominated candidates for the 2019 general elections and also ensure that the votes of the electorate in Osun count,” Agbaje remarked.