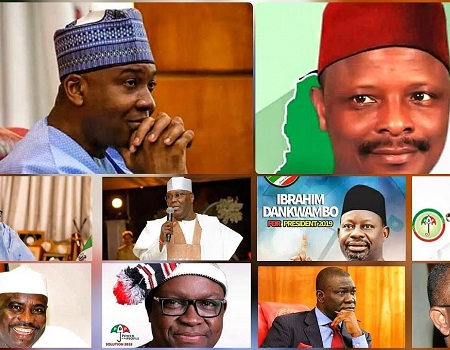 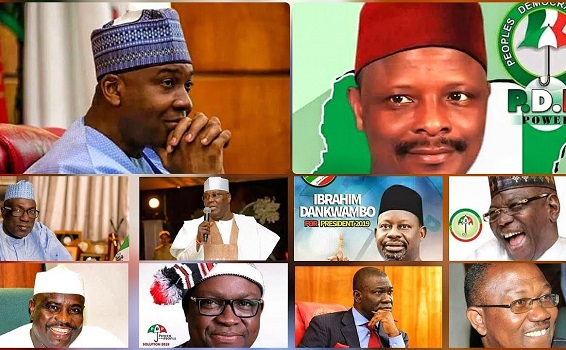 THE screening of the Presidential Aspirants of the Peoples Democratic Party (PDP), is in progress in Abuja.

The 10-man Screening Committee is being headed by a one time Vice President, Namadi Sambo and the exercise is being held at the Party’s Presidential Campaign Office, the Legacy House.

Emerging from the screening hall, duo of Atiku and Tambuwal described the exercise as very fine and friendly.

They, however, called on the INEC to do the needful by declaring the Party’s Candidate, Sen Ademola Adeleke the rightful winner of the last Saturday’s governorship election in Osun State in the interest of peace.

A 17-year-old girl, Ramatu Tafida, has cut off the manhood of her 25-year-old boyfriend, Mr Abdullahi Sabo, in Jigawa, the Nigeria Security and Civil Defence Corps (NSCDC) has said.  The corps spokesman, AC Adamu Shehu, in the state, who confirmed this to the News Agency of Nigeria (NAN) in Dutse on… READ MORE

The former governor of Cross River and presidential aspirant, Donald Duke, has categorically stated that the Senate won’t find peace until former governors stop making it a retirement home…READ MORE

THE Peoples Democratic Party (PDP) has challenged President Muhammadu Buhari and the All Progressives Congress (APC) to end its silence and speak out on their “evident complicity in the alleged corrupt amassing of N21billion, guns and thousands of Permanent Voter Cards… READ MORE

Five hospitalised, 150,000 without power as tornado rips through Canada’s capital