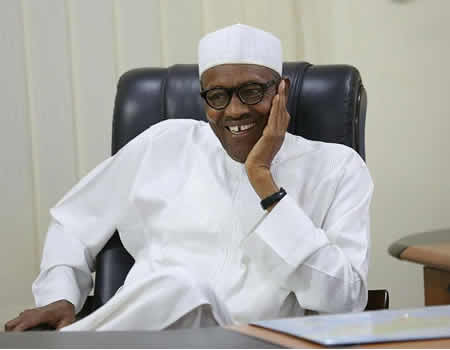 Dr Ilouno stated this on during the opening of a Federal Government specialist skill acquisition centre by the Minister of Labour and Employment, Dr Chris Ngige.

The traditional ruler said the community was ready to make the financial contribution to Buhari’s second term as a gesture of their support, and to also have a stake in his government when he returns again.

“We will support the president for a second term because he is doing well. We only need that he tells us when he wants to buy the nomination form,” Ilouno said.

The president-general of the community, Samuel Nweke, said the community would support the president for a second term, while also saying that Anambra would be glad to suggest Dr Ngige, as a running mate of President Buhari in 2019.

Nweke said the community was delighted to donate the over 3,000 square metres of land to the Federal Government for the centre.

Reacting to the call, Dr Ngige praised the community for donating their land for the project, saying that the project was captured in 2017 budget and also in that of 2018.

“What that means is that the funds for the project is already available. There is not fear of the project being abandoned. Federal Government will construct this skill acquisition centre with maximum dispatch,” he said.

The minister said the construction of the centre, which was also being constructed in other parts of the country, would take care of the deficit in employment and ensure jobs for all category of persons.

Reacting to the endorsement of the president by the people of the community, Ngige reminded members of the community that the APC was one party that woos voters with projects, and not money.

He said more Federal Government project will still be located in Anambra State as a way to woo voters in 2019.

Terrorists stopped from setting up in FCT ―​​ Minister