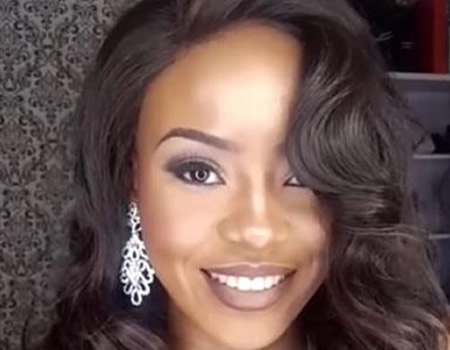 TWENTY fashion designers will kit 70 models during the 2017 face of Africa Fashion Week for Nigeria slated for next month at the National Theatre, Iganmu, Lagos State.

Ademiluyi spoke at the unveiling of renowned model Amira Ibrahim-Alfa as the 2017 face of Africa Fashion week.

She said it was part of activities to promote African fashion before the international community.

She said that Amira, a professional artist, was selected as the face of the week because of her contributions to the development of African fashion.

She said the selection was ahead of the 2017 Africa Fashion week, coming up at the National Theatre, Lagos, between June 3 and June 4.

“The 2017 Africa Fashion Week Nigeria (AFWN) being organized in conjunction with the Lagos State Government; will showcase the nation’s iconic pride with the theme ‘ Celebrating the vibrant Pulse of Africa’,” she said.

“The selected face, Amira, a London trained artist and model, is a representation of today’s young African woman, who is vibrant, vivacious, and bold in the promotion of African fashion.

“Amira, a theatre arts graduate who also attained her Bachelor degree in Advertising in London hosted our 2016 Africa Fashion red carpet event among other laudable shows in and outside the shores of the country.

“ Also, Amira has worked alongside such designers as FinAfrik, Nikki Khiran, Ade Bakare and was once on the Editorial of with Complete Fashion Magazine,’’ she said.

According to her, the decision to host the 2017 AFWN at the iconic site is a conscious effort to bring national and international guests on a nostalgic journey to the pride of Arts and Culture in Nigeria.

She said that the National Theatre is where Africa’s culture was showcased in all its grandeur and splendour 40 years’ ago was the identity for the show.

“We chose the National Theatre because that was the very place that Nigeria hosted World Black and African Festival of Arts and Culture (FESTAC 77), if we do not appreciate what we have, nobody will blow our trumpet for us,” she said.

AFWN would be using the theatre to boost Nigeria’s image to the international world through fashion programme in appreciation of the nation’s heritage, she said.

She said Africa Fashion week, established in 2014, in London, provided a platform for fashion and cultural enterprise to focus on embracing and projecting the diversity of Africa’s rich heritage.

“Since our inaugural AFWNigeria show in 2014, it had hosted three internationally acclaimed catwalk events in Nigeria, which showcased over 200 designers across the continent,” she said.

Amira, in her reactions to the selection, said that she felt honoured to have been chosen as the 2017 “Face of AFWNL” out of over 350 models who contested for the position.

“I am happy that I was chosen as the face of Africa Fashion Week Nigeria and London because I feel that the show is a great platform for known and unknown designers in the fashion industry.

“I would not say I have a specific sense of style, based on how I feel at that particular moment and I am very open to trying new ideas,” she said.

Man to hang for killing 6-yr-old in Ibadan

French fashion group Kering pledges to hire only over-18 models

Over 200 fashion designers for exhibition at National Theatre