•As police arrest man who dupes prison inmate of N.7m 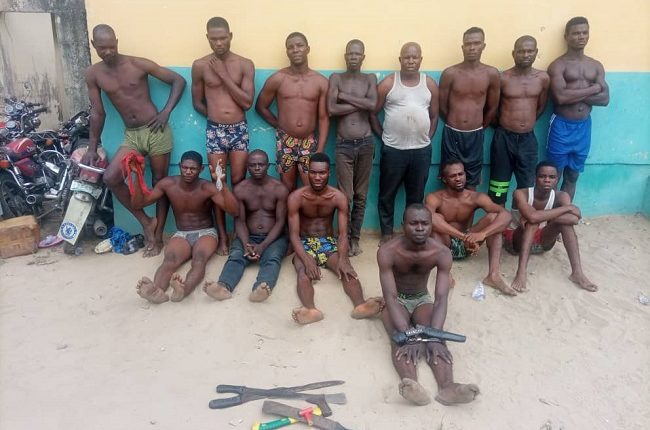 Following the clampdown on cultism which is yielding results, 18 more suspected cultists have been arrested in Delta State.

This is just as the police have arrested one James Emmanuel Oludare, who posed as a DSS officer on Facebook, to dupe a prison inmate in Sokoto, Ebiwori Opori, on the promise to effect his release.

Acting Police Public Relations Officer (PPRO), Bright Edafe, disclosed these in a statement made available to journalists on Saturday in Delta State.

“On the 16/3/2021 at about 1030hrs, Mr. Larry Opori ‘m’ of No. 19 Akponena street reported that on the 2nd of February, 2021 one Jame Emmanuel Oludare during a chat with his brother one Ebiwori Opori ‘m’ who is currently in prison custody Sokoto via Facebook, said that the said Emmanuel Oludare introduced himself as a DSS officer that he can secure his release from prison with N720, 000 which was transferred into his Access bank account No. 1425728133.

“He stated further that since then, Oludare has refused to pick his calls,” DSP Edafe noted, adding that the suspect, Oludare, is being further investigated. 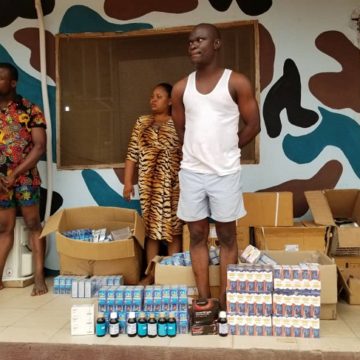 Edafe, a Deputy Superintendent of Police (DPS), speaking further on the arrested 18 cult suspects, said they were apprehended on March 18 at Oviri community in Ughelli South Local Government Area of Delta State.

The community has been embroiled in leadership tussle as various groups were alleged to be engaging the services of suspected cultists to silence one another.

According to him, after a discrete investigation, one Edijala Oghenero, 25, and 17 other suspected cultists were arrested.

Items, such as a cut-to-size locally-made gun, one expended and one live cartridge, a battle axe, two cutlasses and some fetish items were recovered from the suspects.

Similarly, a cut-to-size double barrel gun, a bag containing two identity cards of Delta State Polytechnic Otefe, Oghara, four ATM of various banks and a Plasma TV tied to a motorcycle were recovered by operatives of the Police Division, Sapele from a fleeing criminal suspect on March 18 at about 3:45a.m, at New Road Junction, Sapele.

Also, as the Delta State Police Command intensifies its effort in ridding the state of hard drugs peddling, the DPO of Abraka Division, acting on a tip-off, led detectives to swoop on some peddlers in Abraka on March 17.

The suspects were alleged to have engaged in the sale of prohibited drugs in large quantities such as Tramadol, Rohypnol, Sioinol and Diazepam.

DSP Edafe, who confirmed the arrest, said the investigation was ongoing to arrest the accomplices of the suspects.

The British Parliament at the Westminster Hall held a debate on ‘e-petition 554150, relating to Nigeria and the sanctions regime’ on Monday. The government of the United Kingdom has however responded…18 more suspected cultists

The video showing me stuffing dollars is fake ― Ganduje