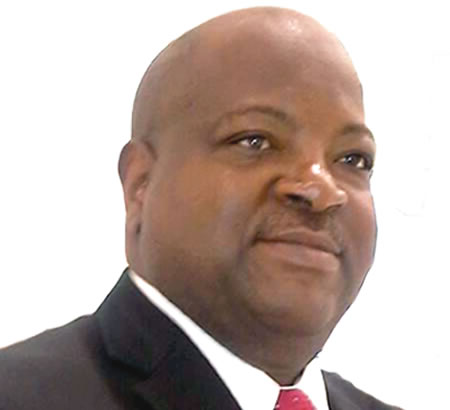 Although insurance business in this part of the world is likened to selling ice to Eskimos, a Lagos-based insurance firm is still going the extra mile, making profit from underwriting business. CHIMA NWOKOJI reviews Zenith General Insurance’s recent operations in a challenging environment.

Zenith General Insurance is one of Nigeria’s leading insurance companies. As a mission statement, the company carefully chose its words as “Ensuring peace of mind and creating value to people in a world of uncertainties.”

Indeed, there is no better time to ensure peace of mind across the world than this period of uncertainty occasioned by novel corona virus.

The vision of Zenith General Insurance is “To be the trusted and best provider of insurance and financial services.

It is a known fact that insurance penetration is abysmally low in Nigeria when compared to other Sub Saharan African countries. This is evident in the industry’s less than one per cent contribution to Gross Domestic Product (GDP), but Zenith Insurance has shown great resilience.

Zenith General Insurance has an array of products. There is auto insurance cover which ensures that while people go on the roads, they have fewer worries about themselves, their vehicle and everything else that could go wrong. The policy adapts to customers’ needs as it suits their budget.

With personal insurance cover, the firm says it ensures that everything that can go wrong ends up alright, while its corporate insurance, covers  business risks.  Zenith General Insurance prides itself in swift claim response.

The firm says claims on all classes of insurance are settled within three days of the receipt of a duly executed discharge voucher from the insured. It has marine insurance, home/household insurance, fire & special perils insurance, among others.

In view of the firm’s good performances, the rating assigned by a popular Nigerian rating agency, Agusto & Co. to Zenith General Insurance Company Limited is reflective of an insurer with good financial condition and strong capacity to meet its obligations as and when they fall due.

In a rating that elapsed in June 2019, Agusto said Zenith General Insurance Company Limited’s financial condition is underpinned by good profitability jointly supported by its core insurance business and strong investment income. This is in addition to good capitalization, moderate exposure to risk and a good liquidity profile.

If Zenith General Insurance Company Limited was a quoted company, then its shares would be rallying by now,  following impressive earnings announcement.

A look at the insurer’s financial leverage and capital metrics shows that it remains stable. Also, it is one of the first insurance companies to have met the recapitalization requirements of the National Insurance Commission (NAICOM) by recapitalising its shares from N3 billion to N10 billion.

A significant improvement in working capital, efficient underwriting capacity, and higher investment returns make it easy for the insurer to surmount headwinds as the industry is beset by a lot of challenges.

“We are re-affirming our mission statement that Zenith General Insurance Ltd exists to ensure peace of mind and also create value to people in a world of uncertainties,” said Kehinde Borisade, the Managing Director/CEO of the company.

“This is evident in our strong financial performance, showing improvement across the board through increased premium income, underwriting profits and investment income despite the economic headwinds witnessed in various sectors of the economy,” said Aborisade.

Zenith General Insurance has an efficient underwriting capacity, and there is no threat  as its Combined Ratio (CR) improved to 70.0 4 per cent in December 2019 from 78.81 per cent the previous year.

A CR ratio of 100 percent indicates that the company is making an underwriting profit, while a ratio above 100 percent means that it is paying out more money in claims than it is receiving from premiums.

A double digit growth in premium income and contributions from investment returns resulted in an underwriting profit of N4.06 billion as of the period under review, which represents a 46.07 per cent increase from 2018’s N2.77 billion.

The insurer meets its obligation to policyholders, which validates its strong balance sheet and liquid position.

Claims expense ratio fell to 27.74 per cent in the period under review from 39.41 per cent the previous year.

Despite  hindrances, including cultural beliefs and practices that do not support insurance; poor claim management experience of many policyholders; inadequate skills in some critical areas such as actuaries; relatively poor showing of the sector in the capital market, Zenith Insurance has kept its head high.

The insurer’s shareholders’ fund increased by 4.1 per cent to N27.35 billion as at December 2019 as against N26.36 billion the previous year.

Total assets were up 5.89 per cent to N43.69 billion in the period under review as against N41.26 billion the previous year.

The growth in total asset was largely driven by a 12.07 per cent and 4.62 per cent uptick in cash/cash equivalents and investment securities held to maturities to N11.14 billion and N23.74 billion as of December 2019 from N9.94 billion and N22.9 billion the previous year.

To help bolster the weak capital base of many of the players relative to the risk they underwrite, the National Insurance Commission (NAICOM) has asked them to hike their capital bases or have their operating licenses revoked.

The outbreak of the corona virus pandemic has dampened industry outlook as experts expect volume of transaction to reduce and record claims as a lockdown policy by government prevented customers from using their vehicles.

Using the USSD code *5966#, customers can  buy third party motor insurance and personal accident insurance on the go, on their mobile phones, whether or not they have access to the internet. It is the dawn of a new era in the Nigerian insurance industry, and Zenith Insurance is at the forefront.

According to Borisade, there are a lot of misconceptions around the concept of insurance, especially in developing nations such as Nigeria.

“We at Zenith Insurance are committed to dispelling those notions of insurance being an abstract concept sold by weary old men in dusty shoes, who are nowhere to be found, the minute you have a claim. We are bringing insurance to the fingertips of the ordinary Nigerian who is looking for convenience in his day to day dealings, as well as speed in service delivery. The USSD platform is something that anyone, anywhere, as long as they have a mobile phone can have access to. You don’t even need to have a data plan.

“Presently, customers have the opportunity to purchase mandatory third party motor insurance  to cover against damages to other motorists and their vehicles and personal accident insurance- a policy that provides purchasers and their loved ones with the assurance that should they suffer any injury that results in disablement or death, they will be compensated financially for treatment, hospitalization, time out of work or permanent disability. Within two minutes, anyone anywhere in Nigeria can have an Insurance policy.

How infrastructure upgrade is driving efficiency at Nigeria’s ports