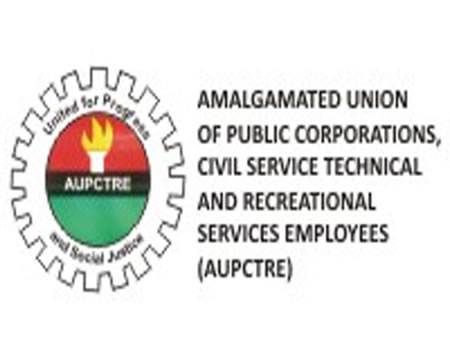 THE National Industrial Court has ordered the Amalgamated Union of Public Corporations Civil Service Technical and Recreational Service Employees (AUPCTRE) to stop unionising senior staff in public/statutory corporations, which is against its jurisdictional scope.

Based on its jurisdictional scope, as registered under the Trade Unions Act (TUA), the court, sitting in Abuja said AUPCTRE can only unionise the junior staff in public or statutory corporations; while the Senior Staff Association of Statutory Corporations and Government Owned Companies (SSASCGOC) is to unionise the senior staff in these organizations.

The judgement was given by Justice. O. Y. Anuwe in a suit number: NICN/ABJ/125/2019 between the SSASCGOC/Ayo Olorunfemi (claimants) and AUPCTRE (defendant).

In determining the suit, the judge considered the issues for determination in the originating summons together.

He pointed out that from the questions for determination, the reliefs sought and the facts contained in the affidavit in support of the original summons, the claimants want the court to interpret some provisions of the Trade Unions Act.

In his ruling, Justice Anuwe said: “In Part A of the third schedule, the defendant (AUCPTRE) is listed as No.2 of the list of restructured trade unions. In Part B of the same schedule, the jurisdictions of each trade union listed in Part A was set out for the defendant, its jurisdiction is said to cover all junior staff employed in the Federal and state Corporation; civil service employees classified as technical; workers of sports commissions and stadia; public recreation clubs by whatever name called; swimming pools; amusement centers including carnivals, circus, zoological gardens and services similarly classified for the sake of clarification. The category of workers in the aforementioned corporations or agencies which the defendant is permitted to unionise is the junior staff.”

“Without any doubt, there is a clear demarcation in the category of workers which the first claimant and defendant can unionize in the statutory and public corporations.”

Justice Anuwe further stated that the clear intent of the Act was explained by the Federal Ministry of Labour in a letter to the Director-General of the Standard Organisation of Nigeria (SON), dated June 27, 2018 and another letter dated August 19,1999, where the ministry clarified the jurisdictional scope of AUCPTRE to cover only junior staff employed in federal  and state corporations and civil service employees classified as technical.

The cause of the action of the claimant, according to the court is the activities of the defendant  in unionising senior workers in SON, Corporate Affairs Commission (CAC), federal and states water corporation and others.

The judge dismissed the argument of the defendant in its counter affidavit that “it has never unionised members of the claimant but unionises only workers who voluntarily joins it for the protection of their interest.”

Justice Anuwe, therefore, declared that: “Trade unions registered under the Trade Union Act have their jurisdictional scopes defined therein. They have to keep within the jurisdiction as not to cause disputes of this nature. No trade union can validly unionise or attempt to unionise workers outside its coverage.

“ Going by the line drawn in the Trade Unions Act in the category of workers the union can unionise, the defendant (AUCPTRE) cannot unionize senior staff in statutory corporations and government owned companies. It is the first claimant (SSASCGOC) who has that coverage.”

Waning interest of youths in science

Okowa: A passion for technical education