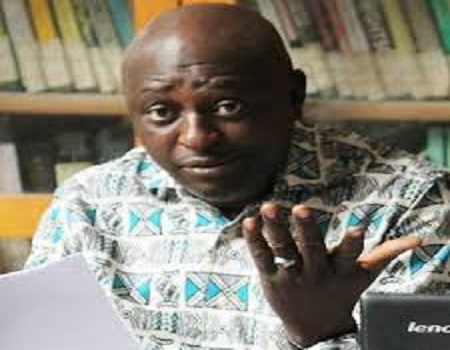 The President, Association of Nigerian Authors, Malam Denja Abdullahi, said lack of reward for writers’ productivity was a major challenge facing the development of the book industry in the country.

Abdullahi disclosed this in an interview with the News Agency of Nigeria (NAN) on the sideline of the association’s Writers/Authors Day.

The occasion was part of activities lined up to mark the week-long annual International Book Fair ongoing at the University of Lagos.

The theme of this year’s Writers/Authors Day is: Pushing the Writer’s Craft and Business in the Age of ICT.

According to him, authors and writers are faced with hostile operational environment, which has to a large extent left them with little or nothing to show for the amount of energy and resources they invested in the development of the book industry.

“I want to say that the writers in this country have come a long way even in the face of the very harsh economic environment.

“And that is why part of what we are going to do here today is to celebrate our members who have done so much, in spite of the odds.

“We are also going to focus and deliberate on how we can deploy ICT, to assist these authors and writers on their business craft and advance the way we can write.

“You know we can actually write better with technology, going by the fact that almost everything has gone digital. We also want to look at how the same ICT can be used in distributing the writers’ books, to make them benefit more from their efforts,” he said.

Abdulahi then said that one of the challenges facing authors and writers was the fact that often times, their books were not sold.

According to him, this development is frustrating as well as discouraging, coupled with lack of support from the government.

He noted that the activities of the pirates were not helping issues.

“These whole issues constitute challenges to the writers and authors and the development of the book industry.

“So, there is a need for collaboration across the board of stakeholders in the book industry and that is the essence of this gathering.

“Government has a lot of roles to play in terms of also establishing legislation as well as introduce national book policy and other schemes that will help the circulation of books across the country.

“It can also help us to protect our intellectual property, intensify efforts in its fight against piracy and even recommend books that should be sold in schools across the country.

“We also want an enabling environment for the writing business to thrive,” he said.

Mr Ugo Okoye, Founder and Chief Executive Officer, Bambooks, said that as a writer, he was gradually carving a nitch using ICT.

According to him, the Bambook is a digital library, the first of its kind in Africa.

He noted that there was a need to democratise contents using ICT and as a result, allow every Nigerian to have access to contents, anytime anywhere.

According to Okoye, about 30,000 readers have already subscribed to the library, adding that this was a major way of using technology to advance a common goal.

Okoye is one of the writers that was celebrated by the association at the occasion, for his outstanding contribution to the development of the book industry in the country.