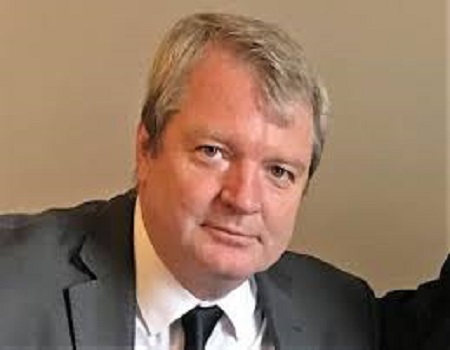 As Nigeria joined other countries of the World to mark the 2019 World Children’s Day on Tuesday, the United Nations Children’s Education Fund has called on both the Federal and State Governments to pay great attention to education and rights of children in the country.

UNICEF Country Representative, Mr Peter Hawkins, made the call in his remarks at an event organised by the UN Agency to mark the this year’s World Children’s Day at the Government Secondary School (GSS), Garki, Abuja.

Cobhams Asuquo, a musician, producer and songwriter, was on hand to inspire the students who turned out in their numbers to celebrate the day and catch a glimpse of the exhilarating moment, which was spiced with music from a Disc Jockey and dancing competition among the school children.

Hawkins who noted that it was indeed a great day for the children over the world, used the occasion to call on governments at all levels in Nigeria to give priority to the education of children.

He emphasised that the Nigerian child is the light, dream and the hope of tomorrow of the country.

He noted that the this year’s celebration of World Children’s Day was very important as it coincided with the 30th anniversary of the Convention of the Rights of the Child (CRC).

He said the event was to showcase the talent of the Nigerian child and re-affirm the need to value and recognise the rights of the children, stressing that “Every Nigerian Child is born with a talent and a future”.

Cobhams Asuquo, in his remark, challenged Nigerian children to rise up to the occasion to right all that is wrong in the country.

He said: “Greatness is achievable for all Nigerian child, you are everything that is right with Nigeria and you have a chance to make it better and greatness is in you and you all deserved to be treated well”.

UN Secretary-General, Anthonio Guterres in his message to children of the world urged governments across the globe to build on advances and re-commit to putting children first.

He said: “Around the world, children are showing us their strength and leadership advocating for a more sustainable world for all. Let’s build on advances and re-commit to putting children first. For every child, every right.

“It’s become the most widely ratified human rights treaty in history and has helped transform children’s lives around the world. But still not every child gets to enjoy a full childhood; too many childhoods are cut short.

“It is up to our generation to demand that leaders from government, business and communities fulfil their commitments and take action for child rights now, once and for all. They must commit to making sure every child, has every right” he added.