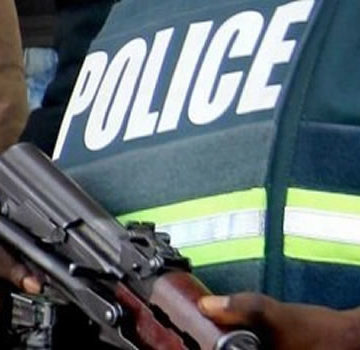 A Kubwa Grade 1 Area Court, Abuja, on Tuesday sentenced one Monday Joy, to four months imprisonment for escaping from a police vehicle and assaulting a policeman.

The joy of no fixed address, pleaded guilty to a 4-count charge, bordering on public nuisance, escape from lawful custody, assault to deter public servant while performing his lawful duty.

The judge, Mohammed Marafa, gave Joy an option of N8,000 fine and warned her to desist from committing a crime and be of good behaviour.

The prosecutor, Babajide Olanipekun, had told the court that Joy was found along Movida Night Club, Kubwa, Abuja on Jan. 19.

He said that Joy could not give a satisfactory account of herself, and was subsequently arrested.

Olanipekun said while the police tried to take Joy to the Kubwa Police Station, in a police patrol vehicle,‎ she escaped from lawful custody.

The prosecutor said Joy was seen around Kubwa Police Station on Jan. 20 and was rearrested.‎

He said that Joy acted violently and assaulted one Cpl. Jide Ekundayo of the surveillance team, Kubwa Division and prevented him from performing his lawful duty.