We will no longer relax in tax collection – KWIRS 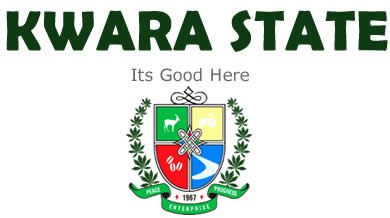 Kwara State Internal Revenue Service (KWIRS) has said that it will not be as relaxed as it did in the enforcement of rules and polices guiding collection of tax in the state this year as it did in 2016.
Executive chairman of the KWIRS, Muritala Awodun who stated this at an interaction with newsmen in Ilorin said the service which was established in late 2015 relaxed the enforcement in 2016 because of recession and because the people were just getting to appreciate the new approach the government introduced to collection of tax.

Awodun who said that the people are now more informed and better appreciate the need to pay tax disclosed that the service would be more firm in enforcing the payment while remaining friendly in its approach.

He said the KWIRS budgeted 26billion as revenue to be collected in 2016 but eventually ended up with 17.4billion.

He gave the highlight  of the budget and the amount actually collected per each of the four quarters of the year as  4.2b budget against 3.41b revenue collected in first quarter, 6.6bn against 4.98bn(2nd quarter0, 7.2b against 4.18(3rd quarter) and 8billion against 4.8bn(4th quarter).

Awodun nonetheless appreciated the total amount of 17.4bn realized for the year as he disclosed that the revenue collected in 2015 before the service commenced operation was 7.2b

He however assured that the revenue to be realized this year would be greater than that of the last year saying all arrangements to achieve this have been put in place.

Nigeria consumes 1.6m tons of sugar in a year –Enelamah

Labour vows to shut down NHIS in 21 days