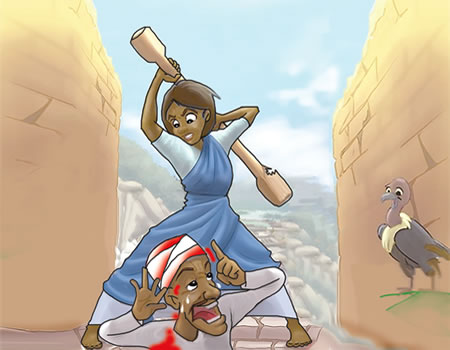 A housewife, Salamatu Shehu has killed her husband  in Rafin Gero  village of Anka Local Government Area of Zamfara State for trying to marry a second wife.

Findings revealed that the couple were engaged in a serious fight when he indicated that he was going to marry a second wife.

However,  a source who pleaded anonymity told Saturday Tribune that the deceased   had an erection problem and could not satisfy his wife.

His wife was said to have complained bitterly over her husband’s poor libido  but  despite that, he still went ahead to contemplate  marrying another wife.

Saturday Tribune findings revealed  that the embattled wife, Salamatu grabbed a stool and hit her husband on the head, and the man fell down unconscious and   was rushed to the hospital where he eventually  gave up the ghost.

The spokesman of the state police command, SP Muhammad Shehu said the suspect had since been arrested and upon interrogation, she confessed to the crime.

My semen is bloody