Why we partnered AFRIFF 2019 —Tecno Nigeria

Brands and Marketing
By Akin Adewakun | Lagos On Dec 2, 2019 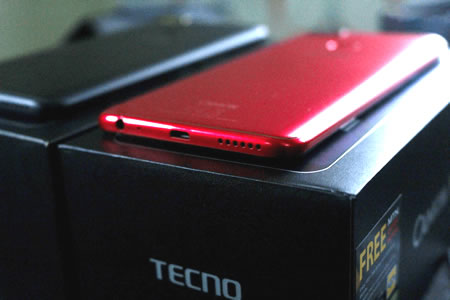 Tecno Nigeria has explained that its decision to support this year’s edition of the Africa International Film Festival (AFRIFF), was in tune with the brand’s plans to tell ‘more compelling stories in future in collaboration with fresh student film makers, using the magnificent cameras that come with TECNO smartphones.’

The Deputy Business Director of TECNO West Africa, Chidi Okonkwo, stated that the Festival provided the opportunity for the brand, not only to teach students the theory of mobile cinematography, but to ensure such students were also taken through practical classes on how to make films, using their phones.

He stated that out of over 2,000 movies, submitted for the Festival, only 150 movies were chosen for screening in the days that followed the Opening Ceremony, with the smartphone brand inviting its customers to see those movies.

Different classes on film making at the AFRIFF campus were situated at the Landmark Village, Lagos, with TECNO sponsoring the Mobile Cinematography Masterclass.

Taking students through the session, a cinematographer, Nora Awolowo, explained in details how much of a tool a mobile phone could  be in film-shooting, using with TECNO Camon 12 Air to illustrate  her points.

Kiki Mordi (producer of the popular Sex for Grades documentary) also came in and talked about the elements of storytelling, letting the students know that everyone has a story to tell. She also emphasised on the fact that every story must have an audience to make it compelling.

Another resource person, Victor Okhai, a producer, scriptwriter, director, cinematography and logistics provider, argued that some captivating stories could happen out of the blues.

“A smartphone camera will be the best tool to use in capturing such stories, and beginners should be able to start their careers by telling excellent stories using a smartphone,” he stated.