Why Oriolowo is most qualified to represent Osun West -Famodun 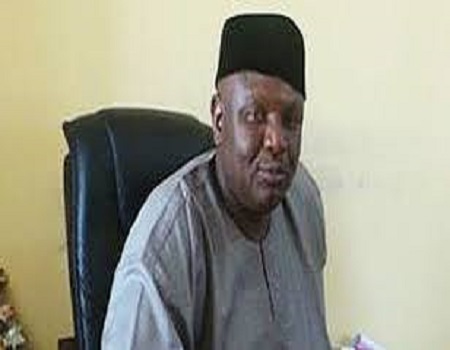 CHAIRMAN, Osun State All Progressives Congress (APC), Adegboyega Famodun, has described the Osun West senatorial candidate of the party, Adelere Oriolowo, as the best out of all the candidates for the forthcoming election in the senatorial district.

The APC chairman said Oriolowo was positioned as the party’s candidate to fit into the desire of the state to have a development-oriented representative whose network with global development agencies could be tapped for the progress of Osun West and Osun State in general.

Famodun, while presenting Oriolowo to traditional rulers, people of Iwo, Ede and Irewole federal constituencies, during the visit of Governor Gboyega Oyetola to the constituencies, said the candidate stood tall among all others put forward for the Osun West senatorial election on February 16.

He noted that with Oriolowo’s experience, qualifications and achievements as former permanent secretary of the state’s Ministry of Water Resources, Rural Development and Community Affairs, he is the best candidate.

Famodun also pointed out that the state would not forget the achievements of the Osun West APC senatorial candidate as the project coordinator of Osun Rural Access and Mobility Project (RAMP), which he said had opened up rural roads in the state.

The APC chairman used the occasion to solicit for the votes of people of the state for the re-election of President Muhammadu Buhari and all the candidates of the APC in the state so that the solid foundation that the party had laid for development could continue.