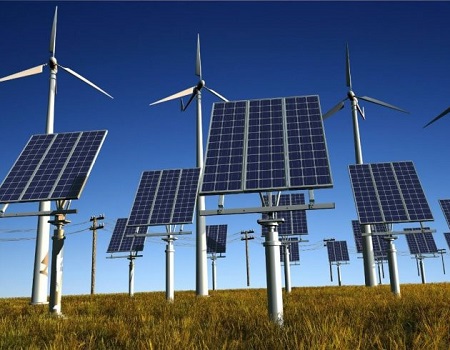 Out of the 17 goals is the goal 7, which is to ensure access to affordable, reliable, sustainable and modern energy for all.

According to the United Nations (UN), the targets for goal 7 is to: “By 2030, increase substantially the share of renewable energy in the global energy mix, double the global rate of improvement in energy efficiency, enhance international cooperation to facilitate access to clean energy research and technology, including renewable energy, energy efficiency and advanced and cleaner fossil-fuel technology, and promote investment in energy infrastructure and clean energy technology.

Globally, the importance of electricity cannot be over-emphasized as it is the basis for socio-economic development.

In Nigeria for instance, the World Bank says over 80 million Nigerians lack access to electricity. This figure is one of the highest globally and those who have, still are faced with the challenge of erratic supply.

According to the Bank, Nigeria has the largest absolute access deficit in sub-Saharan Africa and the second-largest in the world, after India.

The Bank asserted that for the country to achieve universal access to electricity by 2030, Nigeria would need to connect between 500,000 to 800,000 households per year.

It stated that both grid extension and off-grid solutions will be needed to provide quality services to unserved and underserved households and businesses in a timely manner.

It is worthy to note that the major thrust of the SDG goal 7, is the drive towards alternative sources of energy which are of little or no negative impact on the environment. But how far has Nigeria gone in this regard?

In April 2015, the Federal Government (FG) approved the Nigerian Renewable Energy and Energy Efficiency Policy (NREEEP), proposed by the Federal Ministry of Power.

The Policy is expected to increase power output based on hydropower, biomass, solar, wind, geothermal, wave, and tidal energy.

Renewable energy resources are estimated to generate over 68,000MW if properly harnessed. But the reverse is the case in the sense that the power sector is still very much dependent on fossil fuel, accounting for about 85 percent of the supply system.

Interestingly, Nigeria is a signatory to the United Nations Framework Convention on Climate Change and has also committed itself to the Paris Accord to reduce its national GreenHouse Gas(GHG) emission.

Fortunately, Nigeria is blessed with several alternative energy resources, which if harnessed, can meet the power demands in urban and rural areas.
This according to studies, includes over 4 billion metric tons of coal and lignite, 187 trillion ft3of gas and 36 billion barrel of oil. Despite these, oil remains the dominant fuel source for electric energy production

Currently, apart from the three large hydropower plants, Kainji, Shiroro, and Jabba which serve the grid, there is no grid-connected renewable energy in the country.

However, satisfying the current energy demand, ensuring rapid economic development, without increasing greenhouse gas emissions has become a major cause for concern, especially as the country gradually approaches 2030.

Considering the country’s increasing electricity demand, it is imperative for the government to explore alternative energy resources. Presently, nuclear energy, renewable energy, and even coal energy have no noticeable role in Nigeria’s energy mix.

The Federal Government on its part has three key ambitious targets for its electricity sector by 2030, which are; access to electricity for all, a 30 percent share of renewable energy targets and a climate emissions target.

However, five years into the SDG and renewable energy policy, experts have diverse views on if Nigeria would achieve its target on affordable, clean and sustainable energy for all.

“With the look of things, I do not think we would be able to reach the 30 per cent target of the renewable energy mix in the electricity sector,” a sustainable energy expert, Dr. Afolabi Otitoju told Nigerian Tribune.

He explained that the 2030 Nigerian goal, targets 32GW installed capacity of power, out of which 30 percent comes from renewable energy.

Otitoju noted that the country currently has a total installed capacity of 12,5000MWs out of which only five percent comes from renewable.

“If you look at the total capacity in the power sector, it is the sum of 12,000MWs out of this, only about 3 to 5percent is captured as renewable energy if you want to capture both mini-grids, off-grid, captive power. If you aggregate all of these, you will be talking 5 per cent.

” Which means that we have a shortfall of 25 per cent. There are so many things going on in the off-grid space but reaching the target, maybe we will be very close.”

On his part, Kunle Kola Olubiyo President Nigerian Consumer Protection Network opined that the FG is not doing enough towards achieving its renewable targets by 2030.

He said investors were being frustrated out of Nigeria due to lack of business incentives.

His words: “What incentive is the FG putting into renewable energy. Some Israelis provided bonds and signed an agreement to increase the renewable source of power to contribute at least 1,500MWs, they were frustrated and as I speak to you, all of them have gone out of Nigeria. I was involved in the process with the former permanent Secretary, they were frustrated, they were not given PCOA.

“All the security we gave them to allow them to recover their investment in case of failure, there was no sanctity of contract. So these are the issues. If you want to come in with PV Solar, it is not the one you put on the house.

“If you are doing a massive generation that is bulk electricity there are needs for physical and non-physical incentives, do we see tax holidays? Are there incentives on ease of doing business? Are we encouraging them? They were frustrated. So it is not going to work.”

Olubiyo further argued that in terms of renewable energy, there are no incentives to make Nigeria a global competitor.

“These are the milestones and they are fundamental but we are not moving closer. All the 14 IPPAs were supposed to have a power purchase agreement and wanted to bring increased scalable power. But they have all left Nigeria.because they were frustrated,” he said.