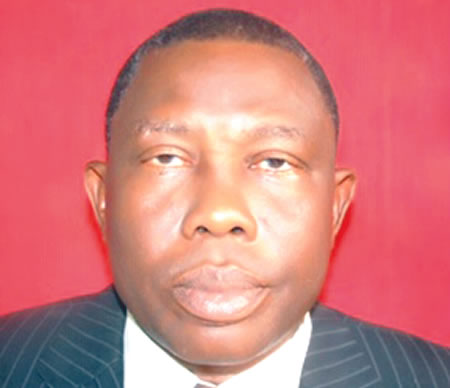 Dr Olatunde Oluwatola, a board member of Consumer Advocacy For Food Safety and Nutrition Initiative
(CAFSANI), in this chat with AKIN ADEWAKUN, explains the essence of the association and reasons the
Nigerian consumer should be enlightened on food and nutrition safety.

What does the association (CAFSANI) stand for?

The essence is to promote food safety issues, protect consumers and give correct information on food issues. There are a lot of misinformation and abuse, out there, concerning food safety and this only endangers the lives of the people; since they are dying slowly because of unsavoury foods they eat. So, the idea is to bring to limelight food safety issues that consumers should know, so that their choices can be guided,and if possible, we can advocate at different regulatory bodies. It is an open secret that you cannot but use some of these chemicals in food. But from time to time, they are used under strict control.  Certain times, they would ban, certain time, they would lift the ban. So, there is nothing rigid about the use of those chemicals. Interestingly, there are ways industry would certify such and say ’this is okay, since it has been accepted in some other places.’ But many times, internationally, through research, you find out that some of things that have been permitted have become toxic. But usually in Nigeria, and many developing countries, they would just say that has been the practice, they just continue, either there is a ban or not. From time to time, there are experts that are taking a look at all of these food additives, including chemicals that are being used in agricultural production. So from time to time, they are checked, whether they are still valid to be used or not. But many people, once they begin to use such additives, just continue. One of the things CAFSANI intends to do, is to create awareness both at the regulatory level and at the consumer level, on things that have been banned, things that should not be used, things that are obsolete and could be injurious to consumers. Besides, it also does nutrition intervention to bring to people’s knowledge how they can have good nutrition, without necessarily incurring cost. So one of the things the association intends to be doing is to be highlighting how different demographic groups should eat.

How would rate the response of the consuming public to all these advocacies?

We have a big problem. What is being dished out to the consuming public is half-truth. For most of these groups that have genuine information to give, their outreaches are really limited. You know we, in the association, have worked through international NGOs. But in most cases, getting your voice heard, in Nigeria, is very difficult. There are some of these agencies that should be doing this, but they just don’t have the money. For a long time, CPC had no money to do anything or push anything because government wasn’t funding it, properly. So, those are the issues that we have. So, we hope that as people continue to thrive, and media agree with some little space, things will get better. Food safety issues, nutrition issues require a concerted effort from all of us.  Most of these interventions must be a team thing.  It would have been better if our local governments were working. It would have been easier to disseminate more through the local government, but local government is not working. At a point in time, some international NGOs and bodies attempted to bring projects to Nigeria to make local governments work. They chose some local governments in Bauchi and Sokoto States, and they were thinking of choosing some in Rivers State, that was how far I was aware. But of course, people went through development agencies, but the people who could make the best use of them didn’t even know these things are there. So, these are issues that we have. Whatever all of us can do to bring local governments to do what they should be doing. In fact, at a point the Nigerian Institute of Food Science Laboratory Technology, a professional institute to which I belong, was clamouring that local governments should have in their employment, food scientists and technologists, giving balanced food information. Information that is not just one-sided, that is not one that is trying to sell the product, but that is scientifically proven and balanced, and be helping the society at that level in the rural community. At a point in time, some states bought into this, but now food safety issue has been left in the hands of the environmental sector, who are just preaching sanitation and hygiene. But there is more to food safety than sanitation and hygiene.In terms of the components, in terms of the cooking methods that bring problems, in terms of poor handling, there is a limit to which sanitation and hygiene will cover. So, these are issues. I think the states should cooperate more and find a way of knowing the genuine groups that have evidence-based intervention, evidence-based information, and that would help the society. And if by the grace of God, we can make our local governments to start employing competent and knowledgeable people who know what they should know, they will make more impact. But for now, these impacts are really very low. What the people know more are just half-truth here and there, which is even more dangerous than not having any knowledge at all.

This year’s World Consumer Rights Day had its theme as ’Sustainable Consumption’, how relevant is that to the domestic front here?

I think you’ve asked a very good question, because many of us would think we are not even consuming yet, to be talking of sustainable consumption. Now the people who are pushing sustainable consumption have been doing this since 1972. And this push that I’m talking about is governments coming together, and seeing where the world is going, the danger being posed. In 1992, they developed what they called the 21-point agenda.

So, in most of their projections, they try to encourage developed world to assist developing world. Now whatever happens, even if the developed world begins to consume sustainably, if the developing world is not producing the raw material that you are using sustainably, the effect of non-sustainable consumption is dire. The truth is that the boundaries are artificial. The world remains the world, the climate remains the climate, the rivers and the oceans remain the same. So, if some areas feel they are comfortable and some areas continue to flout certain orders, the fact remains that it will affect them. Climate challenge is coming as a result of unsustainable consumption, because they have destroyed those things, producing oxygen. Mangrove forest has been tampered with. So, it’s the failure that is affecting the whole world. It’s not going to be convenient for any group to say we are not ready yet.

But what the world is trying to do is to say those of you who have money, try to support those who are coming up. It’s happening in many places. It would surprise you to know what Tanzania is doing, what Uganda is doing. Some countries have taken advantage because there a lot of bodies putting a lot of resources together to assist the world in general. Small countries are taking advantage of this. There is a lot of assistance being generated even from the world bodies like the UNDP, UNIDO, UNICEF, but when they come to this place, what do we do with them? So, we can’t afford to say we are not ready.

You called for self-regulation to ensure sustainable consumption at the stakeholders’ meeting organised to mark the World Consumer Rights Day. How does this work?

The point I’m making is that if it appears government is failing, the consequence would be upon us all. It would be on the industry. Look at Nigeria, which manufacturing company do we have here that is 50 years old and still waxing strong? I’ve worked in Lever Brothers before. The company started 1923. They started small. They were making soap called kongi. But see where they are now. But in my own Abeokuta, we had a company making very large quantity of Orange Squash in Ibara, Abeokuta, in 1902. They needed to make train line to get to those places to evacuate their products. But today, apart from Chivita, how many of Nigerian companies make fruit juice? If company has to produce its water, produce its light, and others, the cost of production would be too much for the people to bear. So, if we can cooperate, because that actually was what was happening in the beginning in most of the industrial world. The people making cars, cooperate with the people making engine. So, there were a lot of cooperation. They were self-regulating themselves, just as the Association of Foods and Beverages has been doing. What the association is doing is a way of helping the society, because if they have to wait for government to do all of these things, I don’t know how long we would wait. So, I was particularly glad that if self-regulators are now telling government ’come and help us because we have some of our members, people who are doing what we are doing, but are not ready to join what we are doing’. So, if you can, in a way, make it compulsory for them to join, what we can get from business associations is plentiful. Business associations can talk to themselves.

Why we set up public inquiry on late Moradeun Balogun —FCCPC