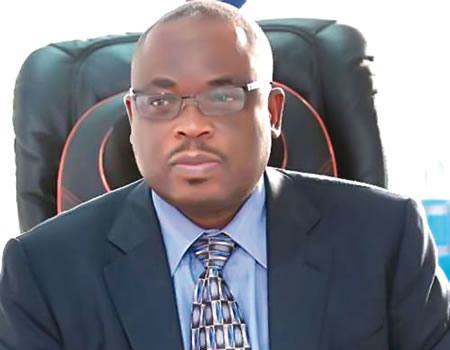 There are indications that marketers of electricity distribution companies (DisCos) may have been contributing immensely to the collection losses in the power sector.

Collection losses occur when the DisCos fail to collect revenue in consonance with power received from the electricity generation companies (GenCos).

According to reports, a major contributor to the collection losses and liquidity challenges is a non-cost reflective tariff and electricity theft, especially when it results from various inadequacies in metering at various customer levels. The high level of collection losses has unfortunately widened the liquidity gap in the sector, currently put at N1.4 trillion.

However, findings carried out by Nigerian Tribune in Abuja revealed that officials of the DisCos may also be contributing to such losses by shortchanging the companies.

It was gathered that after DisCo marketers disconnect customers for refusal to pay their bills, adhoc DisCo officials often referred to as “NEPA2” reconnect them at night for a token ranging from N1000-N3000.

During mass disconnections, NEPAII officials who claim to be working with the DisCos and most times resident in the area, move round with the DisCos staff that are often in-charge of the technical aspect of disconnection. Most times, they are contacted by consumers whose bills had accumulated to a huge sum over a period of time, and resort to dubious means of staying connected at the peril of the DisCos.

A resident of Abuja during an interaction with Nigerian Tribune, disclosed that he had accrued electricity debt of N108,000 in the last six months and offsetting such was a herculean task. As a result, the resident, Kachukwu Obinna revealed that he often pays N3,000 to the NEPAII, who would then reconnect him the day after being disconnected.

“What I do is that if they disconnect my light, I don’t even beg. I will just call that tall black guy in the evening and pay him N3,000. He will connect it and even bring wire. The N3,000 is because he will bring wire, because you know they usually go with the wire when they disconnect you.”

Asked if receipts are given for these transactions, he quipped: “receipt for what? The money is now their own. You think they will go and submit it to the office. Whatever they do with it is not my concern,” he concluded.

Another resident recounted how he has continued to enjoy supply without a functional bill. According to him, the bill accumulated for non-payment, but this never stopped him from using power.

Findings revealed that the residence in question also shared the bill with two other houses sharing electricity from the same source.

In his explanation, he said “whenever they come and disconnect our light, we have an arrangement with them, because the money we are owing is quite much. So we will jointly contribute N3,000 or N4,000 and pay to that guy who will help us reconnect the light.”

During the interactions, it was gathered that customers on estimated billings are often encouraged by the officials to pay the sum to also avoid disconnection after several appeals.

Meanwhile, a document recently obtained from the Association of Nigerian Electricity Distributors (ANED) showed that DisCos increased their energy bill collection from N363 billion in 2017 to N438bn in 2018 representing 66 per cent collection efficiency.

They further reduced their Aggregate Technical, Commercial and Collection (ATC&C) losses from 53 per cent to 48 per cent in 2018.

Also, at the inauguration of second phase of the 222,728 mass metering programme of the Abuja Electricity Distribution Company (AEDC) in 2018, the DisCo Managing Director, Ernest Mupwaya, affirmed that the 11 DisCos incur more losses in unmetered areas.

He further explained that “The losses are real and it is important to state that in areas where we have few meters, the resistance to pay is very high and the losses are huge. So, the losses are real because what is happening is that where we don’t have meters, it is very difficult to convince customers to pay on the basis of estimated billing.

“And because of that, you find out that we record low payment and when you calculate the amount of energy supplied and the amount realised, the gap is very high.”

When contacted, the General Manager Communications, Mr Oyebode Fadipe affirmed the practice but deny claims that the perpetrators are the company’s staff.

He said such persons are not recognised by the AEDC adding that any staff engaging such persons do so illegally.

“No AEDC staff works with them whatsoever. If you see them it is purely an illegal activity, there is no AEDC staff working with them that does not know that if you have any relationship with these people you are putting your job on the line.

“They are aware of the fact that they cannot work with these people because they are not covered by any of our conditions of service so we won’t want to take that liability,” he said.

However, he noted that the issue of NEPAII is a common phenomenon in the country adding that this was not only peculiar to the AEDC. Fadipe stressed that this practice has continued to contribute to energy and collection losses adding that the Nigerian Electricity Regulatory Commission(NERC) allows it to slam penalties on offenders.

His words: “One thing is very clear, the activity of those people regarded as NepaII is inimical to the country. It is not only peculiar to AEDC alone, it is a general problem now and again you have incidences of people who are disconnected receiving offers from persons who have some knowledge of reconnection, they help people to do these connections and get one or two naira.

“The customers and persons involved are endangering their lives. The NEPAII people can lose their lives via electrocution on the account of N2000 or N3000. When we find a customer involved in illegal connection, NERC allows us to slam such customer with penalty so rather than contract non-AEDC staff to connect you illegally, why not in the worst case scenario, negotiate your bill and pay by installments.

“Those people engaging in illegal connection are causing problems for us because they are taking energy for free. The issue of NEPA11 is a common phenomenon all over the country. It is not restricted to AEDC alone we are feeling the pain of their activities because it is contributing to the issues of energy loss. Some of them are connected even when they are not in our database and we are expected to pay for the energy they are using but we are dealing with it.”

The legacy of slavery