We spend our salaries to conduct research in Nigeria —Varsity don 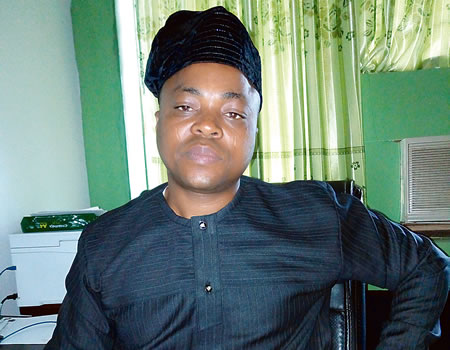 Academic Staff Union of Universities (ASUU) chairman, Obafemi Awolowo University branch, Dr Adeola Egbedokun, lectures in the Department of Educational Technology and Library Studies of the institution. He speaks with Olamide Eniola on the expectations of the body from the Federal Government in the coming dispensation. Excerpts:

The current administration in Nigeria will soon be rounding off; as an academic and the Obafemi Awolowo University (OAU) branch of the Academic Staff Union of Universities (ASUU), what is your assessment of the government that is outgoing, particularly with regard to education?

I am going to look at the Muhammadu Buhari-led governance in terms of the attention given to education. For me, and in relation to the agitations we have always put up on behalf of the education sector, especially the tertiary institutions, this government has not fared well.

I must be sincere about that because I had expected that a person who had started nursing the ambition of becoming the president of Nigeria for long should have come up with so many ideas. This government promised change, and we should have seen a lot of changes in the way they run the education sector of this nation. I am really disappointed that they have not done enough.

Go to the public primary and secondary schools today; they are now becoming a ghost land. Hardly would you find as many students in these schools as they used to have in my time. Whereas, I make bold to say that I attended a public primary school, a public secondary school, a public college of education and a public university. Today, I am not bold to send any of my children to the public school. Why? This is because government has already left the running of schools to private individuals. Should that be? The government has failed in providing basic amenities in the sector, though it is the bedrock of the development of any nation.

What do you expect from the government in the next dispensation that is kicking off in a few days?

I expect that, since they campaigned with next level, I would see Nigeria in that next level. But as the Yoruba would say, one gets the feelings of how tomorrow would be from today. Perhaps, because the government has not put in place certain things expected of it, I don’t know whether we are ready for the next level or not.

Once our last industrial action extended into two months before the government could do anything, I knew the government was not serious. I didn’t expect that ASUU would be on strike for two months under this government. I was expecting that the issues would have been resolved within two or three weeks.

So, if I am projecting into the future, I am not expecting much. The government hasn’t shown that it is ready to take anybody to any next level. The government puts a lot of round pegs in square holes, as appointees are put in positions they are not qualified for.

There have been arguments on the emigration of certain professionals from the country. How serious is the issue of brain drain in Nigerian universities today?

I remember that when I started my Master’s programme here in OAU in 2001, there was a colleague of mine who was also supposed to resume alongside. Fortunately for him, he got another admission in South Africa. Good for him, his supervisor secured a grant, and my friend has gone since 2002. He hasn’t returned till today. Few years back, he came around on a visit to his department, which wanted to offer him a job. But when he considered the salary we were paid here alongside the one he was being paid there, and the laboratory equipment available here compared to what obtained there, he rejected the offer.

Beyond these, we spend our salaries on research here.

So, how do you want to attract people to stay here? We have had colleagues who, despite signing bonds with their universities to return after what they thought was going to be a brief stay, paying the schools off to continue life outside the country. The environment here isn’t conducive, as a matter of fact. The needed books are not available.

There was a particular author I referenced in my PhD thesis, because I came across certain quotations from the work in another work. I eventually got a copy of the book two years after my defence. Most universities don’t subscribe to current journals.

Having said all those, how do we prevent brain drain, given this prevalent situation?

People would have to go to where they would get what they want. People go to conferences abroad on loan. I bought all the books on my shelf with my money. I fixed the tiles of the floor of my office myself, just to make it conducive for the job I am doing.

Are the authorities aware of all these things; and are they doing anything to checkmate it?

I am not sure, unless we ask from the university. But I imagine that if a school like the OAU is doing anything about it, the school should not have lost the accreditation of five departments. These are departments of Dentistry, Law, Botany, Fine Art and Family Nutrition and Consumer Sciences. I have not even heard that any of those departments are ready for accreditation. One needs to check the status of the accredited departments. These are things that a serious government ought to take cognizance of.

The rating of Nigerian universities globally is poor, except for certain burgeoning private universities. The public institutions are being scored low. Why is this so?

It is just like the problems I have identified earlier. Our global presence is also low. When you are looking at high-impact journals, hardly would you find several of Nigerian academics there. And this negatively affects how we are rated. How much of our researches have global relevance? How on earth would our government allocate only five or seven per cent of our entire budget to education and expect a global appearance?

Let us wait and see what the allocation will be like in the next budget. Then, we will see how serious the government is in revitalising the educational sector.

What would you say is responsible for the rising cases of suicide among Nigerian university students in recent times?

I refrain from making serious comments about this, because there might be more to suicide among these students than what we see. I wouldn’t know why we had the last case in OAU. If we could bring him back to life, maybe he would tell us why. News had it that he had failed a particular course two or three times. But from the facts I gathered, there is evidence that he registered only once. He was in part five and had only registered for the course only once. There is no record of his class attendance.

For me, there were probably other reasons he committed suicide. I just want to implore our students to be open in all situations.

Without restructuring, there can’t be federalism –Adeyi