We shall regain Adamawa, Sokoto, Bauchi from PDP at Tribunals, APC vows 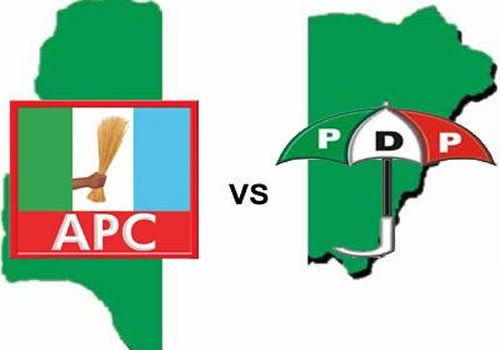 Share
As the main opposition party, the Peoples Democratic Party (PDP) still basking in the euphoria of regaining lost grounds in the Northern states, the ruling All Progressives Congress (APC) has said the victory of the former in Bauchi, Adamawa and Sokoto states  in the two north-east and north-west states would be upturned at the election petition tribunals.
Tribune Online checks revealed that the PDP governorship candidate in Bauchi state, Bala Mohammed won the election while Ahmadu Fintiri and Aminu Tambuwal, won in Adamawa and Sokoto states, respectively.
Speaking with newsmen on Thursday, deputy national publicity secretary of the party, Yekeen Nabena claimed the rerun elections in the States where the PDP governorship candidates won were rigged with the connivance of the electoral umpire, the Independent National Electoral Commission, (INEC). He further claimed that the exercise were conducted without recourse to INEC laid down regulations.
He said: “Following a review of the governorship re-run election in Bauchi, Sokoto and Adamawa states, it is evident that massive rigging, thuggery and vote buying characterised the exercise.
“It should be noted that while the APC have over two third of the members of the State House of Assembly in Bauchi and a clear majority in Sokoto state from the governorship elections,  the re-run was rigged and were conducted without regards to laid down rules and regulations of INEC.”
He expressed confidence that the APC would regain the lost states at the end of petitions filed at election petition tribunals.
“To this end, the outcome of these reruns will be challenged at the election tribunals to reclaim our mandates in those states.” Nabena stated.

Senate frowns at 104 projects abandoned by ministry of communication