We never knew Nigeria would become a messed-up country —Akinyemi 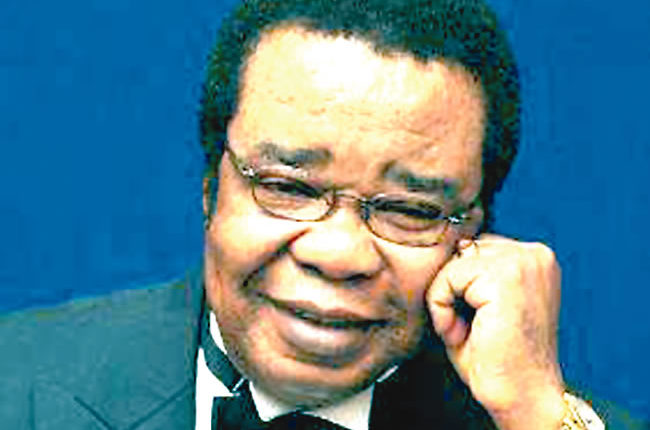 Professor Bolaji Akinyemi was the Director-General, Nigerian Institute of International Affairs (NIIA) and Minister of External Affairs. In this Interview, he explains his journey into international diplomacy, speacks on his life experiences and so many other issues. SEGUN KASALI brings excerpts.

Did you ever dream of wanting to be a professor while you were growing up?

No. Unlike the youth these days, we did not have a career adviser who advised us on how we should plan our careers. The issue of choosing a career did not come up till my secondary school days. I suppose my parents might have been looking at my grades to know which subject I was good at and otherwise.

What subjects were you good at?

In secondary school, I was good in both arts and science subjects. During my School Certificate Examination, I remember that I sat for Chemistry, Physics, Biology, and I suppose Mathematics, English, Literature, and History. But, when I look back now, I think I should have chosen Law as my career.

Why did you say so?

First of all, I love arguments and what lawyers wear in the courtroom. In my school, like in most secondary schools, we had mock sessions of theatre and debates. As I said, I am very argumentative. I argue a lot. I realise I should have thought about it, but it did not cross my mind. My brother, who was the firstborn in the family, decided to be a doctor. I decided I would follow in his footsteps. You know children often want to emulate their older ones. It is a form of worship without really knowing that is what you are doing. But my strength was not in the sciences.

What did you choose then?

Again, that was not determined by me, but by circumstances.

What do you mean?

As part of emulating my brother, I went to study for A-levels in the sciences, which was not my strength. In my second year, one of my teachers said to me ‘I know you have said you want to be a doctor. With 100 per cent of your energy, you would just be an ordinary doctor. But, looking at your talents, with 50 per cent of your efforts you would be an excellent diplomat.’ That was the first time I ever heard about the career [choice]. I knew about politicians but it is nowadays that a lot of people take it as a profession. My father was a politician and a member of the House of Representatives. But it still did not appeal to me. These days sons and daughters follow the footsteps of their fathers in politics. It was not that way during our time. Which of  Awolowo’s children is into politics? Which of Azikiwe‘s children is into politics? One of them was my ambassador, but he was a civil servant in the foreign office. Which of  Balewa’s children have you seen in politics? None! That was not the tradition. So, I was curious about how a person becomes a diplomat. Regarding the circumstances, there was an essay competition. It was a competition run by the American Embassy and the Ministry of Education, where they advertised on a topic which I can’t remember now. They said they would pick the best person in Nigeria. And that whoever wins the competition would spend three months in the United States. Lo and behold! I won the competition and after my HSC, I went to the United States where I met John F. Kennedy, the President of the United States at that time. But going into politics did not appeal to me.

How did you feel when you met John F. Kennedy at the age of 20?

I was not the only one who won the essay competition. It was done all over the world. So, we were about 35 from the whole world and were brought together. Of course, when I look back now, it was sheer propaganda. Americans were competing with Russia for the young people in the world. So, that competition was part of programmes to introduce young people to the American way of life. So, our meeting with J.F. Kennedy did not last more than 30 minutes. We gathered in the Rose Garden of the White House and he stood on the edge of the corridor and talked to us. Of course, it was all planned. There was a young man, handsome, tall and he happens to be the most powerful man in the world and there was a little me at age 20. It was a miracle. I was amazed.

Did you ask him any questions?

Yes, I did. But it was a stupid question. This was because I felt odd to be in the presence of an American president.

What was the question?

I just said ‘Mr President, when will you visit Nigeria?’ He said ‘soon.’

Why did you say the question was stupid?

When I look back on it now, I think I should have asked him, ‘Mr President, you established Peace Corps and sent them to the developing world and at that time we had Americans teaching in secondary schools in Nigeria.’ 60 years later, I still think about the scenario.

Did you return to Nigeria?

Yes, by the time I came back, they had completed entrance examinations for Nigerian universities.

What did you do then?

The Americans also had a scholarship programme to take about 35 Nigerians to the United States and be admitted to different universities. So, entrance exams for Nigerian universities were closed and at that time, the excuse that I just returned from the US would not count. So, the Americans gave me the scholarship to go back to America. By the time I got there, we did a general course, unlike the British system where you would identify what you are going to do such as Law, Medicine, etc. Regarding the British system, you just pick a profession after A-levels. In the American system, it wasn’t like that. They think you are still so young and should not have to choose yet. So, having thought of what my teacher said, I took a lot of Arts and Social Sciences courses but I also got credits for the sciences I had done in my A-levels. Normally in an American system, you spend four years to get a B.sc but I spent two years.

Because I got credits for my A- levels and America admits with O-levels. So, having done two years of A-levels, I got credits. Some of my friends spent four years, especially those who studied Engineering, Law and Medicine and were not in a hurry. But I have always been in a hurry.

Why are you always in a hurry?

I don’t know. In the American system, there was a limit to the number of courses a student can take. If the minimum number of courses per term is four, that means you can take six courses if you want to. It is up to the student. So, I was adding more and more credits to mine. I have always been in a hurry. Why? I don’t know. I am 80 years old now. So, it is not that I am in a hurry because I know I am going to die soon. No. I am just always in a hurry. When I was made a Minister here, I did not know how long I was going to stay. So I hit the ground running. As it turned out, for two and a half years as a minister, I took initiative.

How was life in America?

The first thing that struck me was the numerous young people driving cars around. Going to America was like leaving a village for Lagos: roads, cars, planes. Well, let’s stop there and not talk about what else I saw.

What about your social life there?

Americans are very friendly on a personal level. Classmates and colleagues would be the ones to walk up to me. Number one, they knew I was different. They walked up to me and introduced themselves. ‘I am Mike’ and I would reply to them ‘I am Bolaji.’ They were like ‘oh man let us call you Bo’ and that was my nickname in America. Bo was the name of one of President Biden’s children who died. There were lots of choral groups who sang mostly on weekends, sometimes, for free.

How did you fare with the girls?

That one, I would not like to go into it.

How was life after school?

When I finished my Bachelor’s degree, I went for my Master’s degree. I had two. Then, I ported to England for my PhD. I did not want to get all my degrees in the US. I felt I should have another perspective on life. I went to Oxford University and then took my doctorate there.

Was there anything interesting there?

Even in the United States, not just me, youths of my generation were begged to take green cards. I said no. Why would I want to stay here? I would rather go back home and develop my country. I don’t want to stay here. This was peculiar about Nigerians. Everyone wanted to be an American but they now meet these crazy guys who refuse to become Americans. We, the 60s generations, had this faith Nigeria was going to be a great country. We were going to the moon and be the best black generation in the world and impact that development. We did not think we were going to be a messed-up country.

My journey to becoming a successful entrepreneur — Tobi Mohammed

We never knew Nigeria would become a messed-up country —Akinyemi