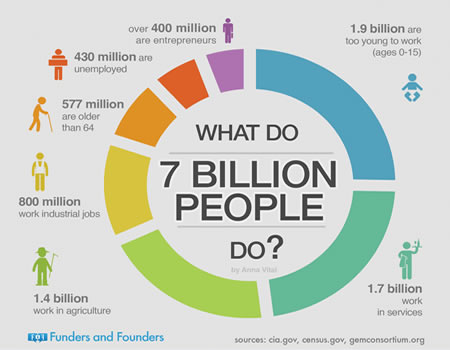 It added that the 3.7 billion people who make up the poorest half of the world saw no increase in their wealth during the period.

The report, titled “Reward Work, Not Wealth”, revealed how the global economy enabled a wealthy elite to accumulate vast fortunes while hundreds of millions of people are struggling to survive on poverty pay.

“Billionaire wealth has risen by an annual average of 13 per cent since 2010; six times faster than the wages of ordinary workers, which have risen by a yearly average of just two per cent,” the report showed.

“In Nigeria, more than half of the population still grapples with extreme poverty, while a small group of elites enjoys ever-growing wealth.

According to the Oxfam Nigeria acting Country Director,  Mr Constant Tchona, while more than 112 million people are living in poverty, the country produces at least 2 billionaires every year.

He also called on government to increase its social investment in the school feeding programme and Conditional Cash transfers.

Also the representative of Nigeria Labour Congress (NLC), Mr James Eustace explained why the union was pushing for the increment of minimum wage from N18,000 to N56,000.