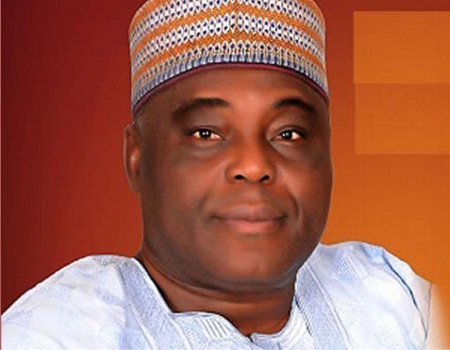 THE Chairman of DAAR Communications, High Chief Raymond Dokpesi, has called on governments in the West African sub-region to use music to promote integration and unity among countries in the sub-region.

Dokpesi made the call on Thursday in Abuja at the launch of DAAR Global Music and presentation of its first artiste from Liberia, Kenvee Adams’ new album, `Mama’.

He described music as a veritable tool that could be used to promote relationships and consolidate unity among people and nations.

Dokpesi said that the DAAR platform would seek to promote good music in Africa and provide the opportunity for young talents in Nigeria and Africa to change the world through quality music.

“The DAAR music global platform is expected to attract more talented Nigerians, who are ready to use music to showcase Africa to the rest of the world, “Dokpesi said.

According to him, DAAR Communications is committed to supporting ECOWAS countries through music.

An artiste, Orits Williki, Chairman of the Musical Copyright Society of Nigeria, said the body’s objective was to protect the work of artistes in the music sector.

“Our work is to protect the work of artistes, cutting across old and new artistes. We have membership spanning over three to five thousand people.

“We offer the artiste a platform to enable him to protect his work, which is called intellectual property.”

He, however, admonished artistes to remain focused and resilient in pursuing their objectives “because there will be light at the end of the tunnel’’.

“We are happy for the giant strides Adams has made in the music industry.

“We are proud she’s one of our own from the sub-region and we will project her to other member states within the sub-region,’’ Nurudeen said.

The News Agency of Nigeria (NAN) reports that Adams is a Liberian gospel artiste, who sings about her life experiences to send a message to her listeners.

Adams’ music has attracted over a million viewers on YouTube with her `Mama and Daily Prayers’ songs.

She has six songs and four videos with two videos to be broadcast on AIT later on Friday.

French fashion group Kering pledges to hire only over-18 models