US Congress asks Buhari to speak out against killer herdsmen 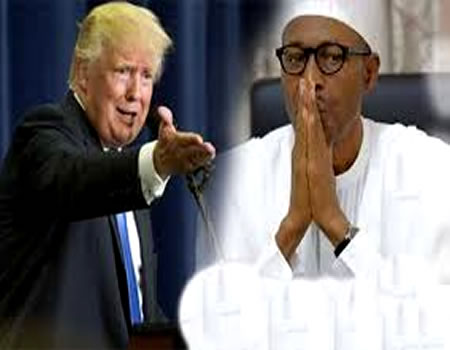 The United States Congress has challenged President Muhammadu Buhari to speak out against herdsmen killing people across the country.

Chris Smith, the Chairman of the US House Subcommittee on Global Human Rights, made the call in a statement on the Release of the State Department’s International Religious Freedom Report.

While saying that the Congress was “watching the situation in Nigeria with growing concern,” the statement accused the Federal Government of appearing “too often to be indifferent to attacks by Fulani herdsmen” on farmers.

The statement, which also treated the situation in three other countries reads:

Chair of the House Subcommittee on Global Human Rights and a senior member of the House Foreign Affairs Committee, welcomed the release of the State Department’s annual International Religious Freedom Report and applauded Secretary Pompeo’s announcement of a Ministerial to Advance Religious Freedom scheduled for July 25-26, 2018.

“Getting the facts right on the global state of religious freedom is essential for the shaping of U.S. policy and priorities, and that is why the State Department’s annual report is so important,” said Smith, author of the Frank R. Wolf International Religious Freedom Act of 2016, which gave the State Department tools and authority to better promote international religious freedom. “I welcome the report’s release and urge concerted action to protect this fundamental freedom.”

“Religious freedom is under siege globally, challenging U.S. interests. It is no coincidence that the worst violators of religious freedom globally are also the biggest threats to our nation—those who wish to do Americans the most harm, and those who most want to tear down the pillars of democratic societies,” Smith said.

“Thus, a robust religious freedom diplomacy not only reflects American values, but advances U.S. national security interests.  It seems the Administration understands these facts, I look forward to working with them on this critical issue.”

China: “China gets a failing grade. It once again is designated a Country of Particular Concern (CPC). China’s ‘war on religion’ expanded this year, with horrifying abuses targeting the Uyghur Muslims and more restrictions on Christians, Tibetan Buddhists, and Falun Gong practitioners. How China treats religion will determine the country’s future prosperity and stability, as religious adherence grows despite repression. It is in the interest of the U.S. to raise religious freedom concerns as only the U.S. has the economic and political clout to avoid the type of economic retaliation the Chinese government uses to coerce silence about its human rights abuses.”

Iraq: “Christians and Yazidis were targeted for genocide by ISIS starting in 2014. Today they are at risk of being forced to leave their ancient homelands unless the United States and others start giving them direct aid soon. I have received reports from the ground that promised U.S. assistance is not yet reaching them as it should. What the Administration does now may determine whether ISIS erases these communities or is denied a propaganda and recruiting victory.”

Anti-Semitism: “This report is filled with examples of anti-Semitic attacks, discrimination, and rhetoric—especially in Europe. Yet, we still await the appointment of a Special Envoy to Monitor and Combat Anti-Semitism. My provisions in the Global Anti-Semitism Act of 2004 created and mandated the position of Special Envoy to lead our fight against this persistent, unique hatred. The newly-sworn-in Secretary Pompeo promised me at a recent hearing that he will appoint someone soon and I look forward to an announcement of that appointment.”

Turkey: “The government of Turkey continues to use the weight of the state to crack down on religious freedom as part of its broader assault on the rule of law. For more than two years the Turkish government has held Pastor Andrew Brunson, an American citizen, hostage. The United States must hold the perpetrators of this injustice accountable with targeted sanctions.”

Nigeria: “Congress is watching the situation in Nigeria with growing concern, as the Nigerian government there appears too often to be indifferent to attacks by Fulani herdsmen on predominantly Christian farmers.  The confluence of religious, ethnic, economic and political tensions is only likely to be exacerbated in the lead-up to elections next year unless President Muhammadu Buhari speaks out with a clear voice condemning the herdsmen attacks. We grieve with the families of those killed, including those of two priests and 17 worshippers who were buried just last week following an attack by herdsmen in Benue state in April.”

Environment and government: What has scholarship got to do with them?

Fight against insurgency not for security agents alone —Akinosun

Quality sleep and healthy living with Vitafoam: The best sounds for quality sleep