Entertainment
By Femi Oguntayo On Aug 6, 2020 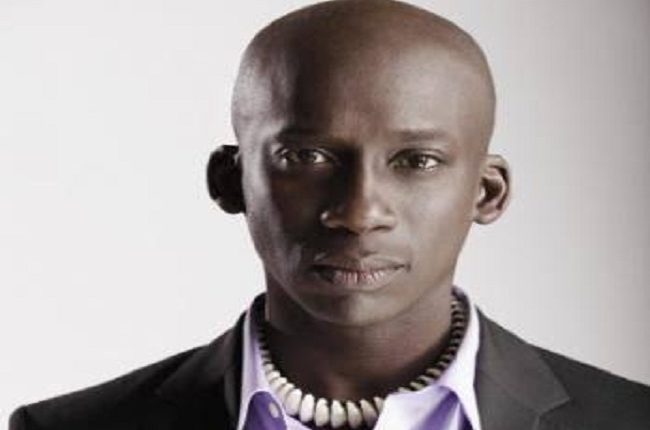 Global Founder and CEO of AMP Global Technologies, Derrick Ashong has built a platform that gives the power back to the people, through a digital “ecosystem” that allows content creators to own their own narrative and build direct connections with fans all over the world.

Constantly breaking barriers and redefining his own paradigm, Derrick founded AMP Global and developed a platform called Take Back The Mic (TBTM).

The platform allows consumers, who are the actual curators of culture, to determine what’s ‘hot’ by measuring and rewarding their engagement with content from up-and-coming artists -something no other platform does today. This October, Derrick’s TBTM will launch ‘The Mic: Africa – a multi-platform TV’ series that connects African music, arts and culture with fans of the diaspora worldwide.

Born in Accra, Ghana, Derrick grew up outside Africa, excelled academically, and went on to attend Harvard University. Flourishing there as an intellectual and an artist, Derrick went on to become an Emmy-nominated TV host and producer, a Hollywood actor, and a Billboard-recognized Hip Hop songwriter.

He has proven to be a maverick in producing multi-platform interactive content for global audiences. As descendants of the African continent stand up worldwide to take back the mic, The Mic: Africa will spark a
movement that influences the cultural trajectory of the
world.

The campaign for competing artists has begun, with over 1000 registering so far. This will no doubt bring some of the best talents in Africa to the World space. For enquiry and registration, artistes are urged to visit the platform’s website ( takebackthemic.com).

FG Increases Hate Speech Fine From N500,000 To N5m
THE Federal Government has announced that its newly- unveiled reviewed Nigeria Broadcasting Code has provisions to increase the hate speech fine for people found culpable of hate speech from N500,000 to N5 million. This is as it said the amendment of the broadcasting code is boosting local content, among other provisions…Derrick Ashong

Chinese Loans: $400m Project Abandoned After Completion
THE National Public Security Communication System project for which Nigeria took a $399.5million from China and has paid $76.83million as part of the principal as well as $84.92million interest has been abandoned, Nigerian Tribune can authoritatively report…Derrick Ashong

China’s Greek Gift To Nigeria
A report in a British tabloid in December 2006 indicated that Britain paid the final payment on a multi-billion-dollar loan it obtained in 1945 for rehabilitation, reconstruction of its infrastructure after the devastating the Second World War. According to the report, its creditors were the United States and Canada, which Britain transferred £43 million and £12 million respectively. The original loan of $4.34bn which was equivalent to £27bn as of 2006, was drawn to prevent Britain from falling into bankruptcy due to aggravated and colossal damage caused by…Derrick Ashong