US approves test that can detect coronavirus in five minutes 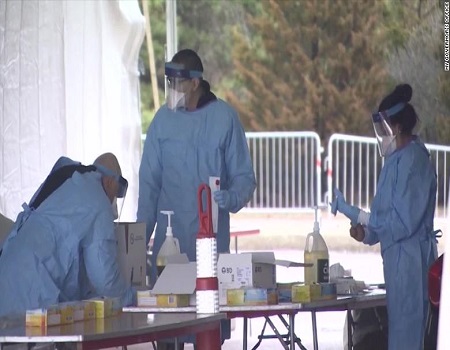 A rapid test has been approved in the United States which is intended to detect within minutes whether a person is infected with the coronavirus.

Abbott Laboratories said the device is small and portable – about the size of a toaster – and can be set up outside hospitals, for instance.

The test kit can determine within five minutes whether a sample is infected with Sars-CoV-2 and 13 minutes to definitively confirm if it is negative, the US health care company said.

Abbott announced late Friday that its equipment had received emergency authorization by the US Food and Drug Administration and that it aims to manufacture 5 million kits a month.

Last weekend, the FDA approved a testing procedure that is supposed to provide results within 45 minutes. But those tests, from the manufacturer Cepheid, are to be used mainly in hospitals.

The country’s ability to combat the coronavirus was hampered early on by a lack of testing capacity and then lengthy delays once the test had been performed.

The United States now has more confirmed cases of Covid-19, the disease that can be caused by the Sars-CoV-2 virus, than any other country.