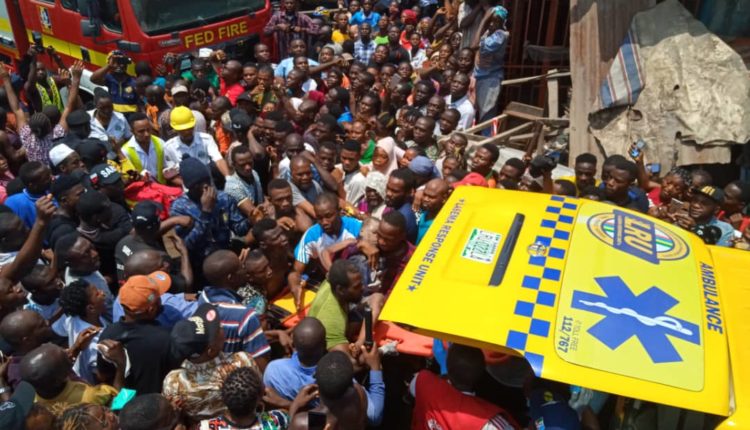 A mammoth crowd of sympathisers have joined parents of pupils and families of residents trapped inside the rubbles of a three-storeyed building which collapsed in Lagos, Wednesday morning.

Thus far, 19 people have been rescued alive, among whom are so seven school pupils and 12 adults.

Rescue operations spearheaded by men of the Lagos State Emergency Management Agency (LASEMA) are still ongoing while the police and other security operatives are monitoring the security situation at the scene of the building collapse.

The rescue operations are however, suffering hitches, as rescuers are finding it difficult to gain access into the building with their equipments.

The collapsed building located at Masses Street, Adeniyi Adele area of the Victoria Island, is a three-storeyed building, with the ground floor being used as shops for sale of consumables, the second and third floors used for residential purposes, while the top floor is used and as a nursery and primary school.

Our military must not be dragged into politics, says Olowu