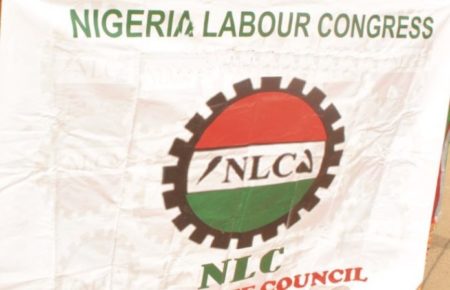 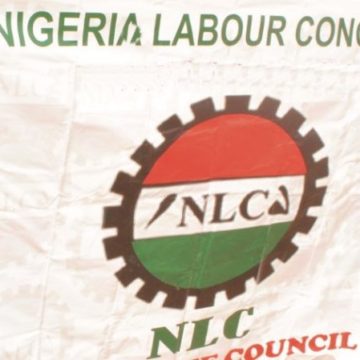 THE Nigeria Labour Congress (NLC) says it would stop at nothing to ensure that the Federal Government recalls the Paris Club Refunds paid to the government of Katsina, Rivers, Ogun and Bornu States for failing to pay arrears of civil servants.
The President of the NLC, Comrade Ayuba Wabba, stated this during the Joint National Service Negotiating Council meeting, organized by the office of the Head of Service of the Federation (OHCSF) in Yenagoa, the Bayelsa State Capital.
According to Warba, the said States made commitments to use the Paris Club Refunds to offset arrears of several months they owe workers in the civil service in their respective States.
Explaining further he said the NLC entered an agreement with the Presidency to pay the Paris Club Refund to only States that agree that they would use the funds to offset workers salary arrears but that “amongst the States that agreed to abide by the terms, Katsina, Rivers, Ogun and Bornu States are yet to fulfil that promise.
“We are going to write to the Presidency to recall the Paris Club Refund sent to them because the funds have not created an impact in the life of workers in the civil service in these States.
ALSO READ: Bayelsa Govt. told to deploy second tranche of Paris Club refunds to defray salary arrears
“We are bent on taking this step because some States are more interested in diverting the funds meant to pay the salary of workers to pursue flagrancies. This is why many States owe workers salary and gratuity. This is why our universities are on strike because the government have been living on denial,” he added.
Presenting the constitution of the councils and declaring the three days meeting open, the governor of Bayelsa State, Hon. Seriake Dickson attributed the prevailing harmonious government and labour relationship in the state to his consultative and inclusive style of governance.
Dickson further underscored the importance of the public service in translating government’s policy objectives to tangible achievements, saying his administration would continue to prioritise the welfare of workers within the ambit of subsisting labour laws as no government could succeed without the cooperation of the public workforce.
He expressed gratitude to civil servants both at federal and state levels for their contributions and show of understanding especially during the period of economic recession which affected the payment of their salaries.
His words, “Let me also report to you that I’m very pleased with the attitude and quality of the manpower we have in our workforce in the new Bayelsa we are building. I’m particularly appreciative of the collaboration that is existing between those of us in government and the leadership of organised labour.
“To a large extent, that is made possible because of my consultative and inclusive approach to issues, which has informed not just my politics but also in the governance of this state. There is no major decision we take concerning the public service that we don’t sit down and discuss and get inputs from organised labour in this state.”
Using the opportunity to highlight some of the achievements of the state government, Dickson noted that his administration’s comprehensive reform programme has provided the enabling environment to promote workers welfare and productivity.
According to him, “Between the last time, you came to Bayelsa and now, so much new and wonderful things have taken place. In very a few days from now, people will land in one of the best airports in our country built here by my administration.
Also Speaking, the Chairman of the Joint National Public Service Negotiating Council, Mrs Didi Walson-Jack, commended Dickson for showing commitment to the welfare of workers in the country.
According to her, the Dickson was among the first few state governors to allow the state council to have a written agreement in respect of the payment of salary arrears owed workers from the Paris Club Refunds as requested by the Federal Government.
Assuring workers of Federal Government’s determination to improve their welfare and condition of service, Mrs Walson-Jack, urged public servants to imbibe the tenets of integrity, merit, performance and transparency in consonance with the ethics of the public service and national development.
Also speaking, the Acting Head of the Bayelsa State Civil Service, Mr Luka Wellington-Obiri described as apt the theme of the meeting, Sustaining Industrial harmony in the Public Service: An Imperative for Achieving Federal Government’s Change Agenda for National Development.
Mr Obiri noted that real change has already taken place in the Bayelsa State Public Service as a result of the dogged manner the present administration initiated and implemented its reform programme.
The high point of the opening ceremony was the unveiling and presentation of constitutions of Council one, two and three as well as that of the Joint Council by Governor Dickson.
Nigeria Labour Congress (NLC)
Share