UNILORIN undergraduate to clear drainage for 3 months over romance scam 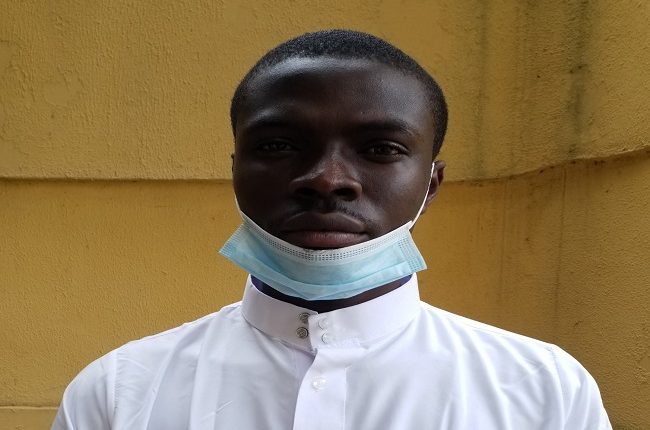 Justice Sikiru Oyinloye of the Kwara State High Court, sitting in Ilorin has convicted and sentenced a 400 Level undergraduate of the University of Ilorin, Akinsanya Olamide Ridwan, to three months Community Service for committing romance scam.

The service requires him to clear the drainage at Bekind petrol filling station near Tipper Garage, Tanke, Ilorin up to the gate of the University of Ilorin for three months commencing from September 2, 2020.

Ridwan got the jail term on Monday, August 31, 2020, after being arraigned on a one-count charge, bordering on internet fraud and other fraud-related offences by the Ilorin zonal office of the Economic and Financial Crimes Commission (EFCC).

The charge read: “That you, Akinsanya Ridwan (a.k.a Alex James) sometime in March 2020 or thereabout at Ilorin, Kwara State within the jurisdiction of this Honorable Court attempted to commit an offence of cheating by personation by pretending and representing yourself to be a white man called Alex James to an unsuspected white woman, Stewart Sonia, on a dating site called Hangout as it is contained in your Gmail account: alexjames789123@gmail.com and thereby committed an offence contrary to and punishable under Section 95 of the Penal Code Laws of Northern Nigeria.”

The defendant pleaded guilty to the one-count charge.

While reviewing the facts of the case, an Assistant Detective Superintendent with the EFCC, Ilorin zonal office, Mahmoud Ibrahim Hamman, told the court, “My Lord, the defendant was arrested on March 16, 2020, at Pipeline area, behind Princess Hotel, Ilorin, Kwara State, based on intelligence.

“A search was conducted in his house and one Galaxy phone and laptop were recovered. We analysed them and discovered an email box where several fraudulent messages were printed in his presence.”

Delivering judgment on the matter, Justice Oyinloye convicted and sentenced the defendant, based on exhibits tendered and the proof of evidence brought before the court.

The Judge ordered the convict to clear the drainage at Bekind filing Station near Tipper Garage, Tanke up to the gate of the University of Ilorin for three months commencing from September 2, 2020.

He said the convict should get a notice of clearance from the Registrar of the University of Ilorin and the Kwara State Command of the Nigerian Correctional Service, adding that failure to do so would attract him six months imprisonment.

The court also ordered the convict to pay a fine of N50,000 in addition to the community service.

Lessons From Fani-Kayode’s ‘Stupid’
The Femi Fani-Kayode experience was needless and plainly avoidable. But something tells me it won’t be the last. There is the feeling today in power circles that because of the ascendancy of the Internet and its platforms of social engagements, the press as we knew it is now impotent and could be humiliated and called stupid without consequences. The truth of the media’s undying powers should be clear in what Femi just went through…UNILORIN undergraduate

Buhari Approves Transfer Of NIMC To Communications Ministry
President Muhammadu Buhari has approved the transfer of the National Identity Management Commission (NIMC) to the Federal Ministry of Communications and Digital Economy. A statement signed by the Minister‘s Spokesperson, Mrs Uwa Suleiman, on Monday in Abuja, said that the approval was based on Buhari’s consideration for the critical role of NIMC towards the realisation of the objectives of the National Digital Economy Policy and…UNILORIN undergraduate UNILORIN undergraduate

Businesses May Not Normalise Till August 2021—Report
BUSINESSES and brands, hoping to return to ‘winning ways’ soon, after the devastating effects of the COVID 19  pandemic, may need to wait a little bit longer, as a recently-released CEO Report, from Philips Consulting Limited PCL,  has predicted that it would take another 12 months, August 2021, for the nation’s business environment to fully activate and operate optimally…UNILORIN undergraduate  UNILORIN undergraduate

Our public universities are still unsafe for reopening ― ASUU