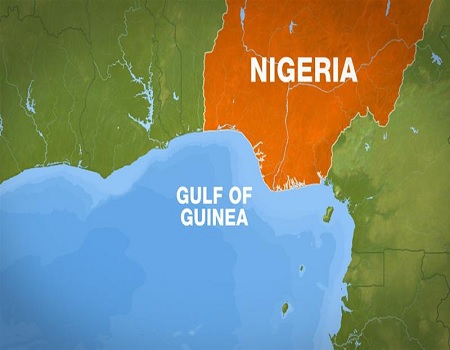 The International Maritime Organisation (IMO), a specialised agency of the United Nations responsible for regulating shipping, has extolled Nigeria’s leadership role in the quest for security in the Gulf of Guinea (GoG).

In a letter addressed to the Director-General of the Nigerian Maritime Administration and Safety Agency (NIMASA), Dr. Bashir Jamoh, IMO specifically highlighted NIMASA’s contribution to the war against piracy and maritime crimes in the region, including facilitation of the Suppression of Piracy and Other Maritime Offences (SPOMO) Act, 2019, and initiation of the Deep Blue Project.

In the letter signed on behalf of the IMO Secretary General, Kitack Lim, by the Director, Maritime Safety Division, Heike Deggim, the United Nations maritime organ praised “the efforts of NIMASA for its contribution to the fight against piracy and armed robbery in the Gulf of Guinea.”

IMO said, “From the successful enactment of new legislation in the form of the Suppression of Piracy and other Maritime Offences Act, 2019, complete with the forthcoming guidelines, to the initiation and implementation of the C4i Deep Blue Project, Nigeria continues to demonstrate its leadership in the region with regard to maritime domain awareness and the enhancement of maritime security amongst littoral states.

“IMO remains committed to supporting the good work being done by Gulf of Guinea States, such as Nigeria, to improve maritime governance and to enhance maritime security in terms of both current and emerging threats and challenges. It is, therefore, imperative that states adopt a strategic approach, in order to ensure effective implementation and compliance.”

‘Webb Fontaine discussing with Customs over provision of scanners’