UK ‘must agree’ to free movement to access EU market 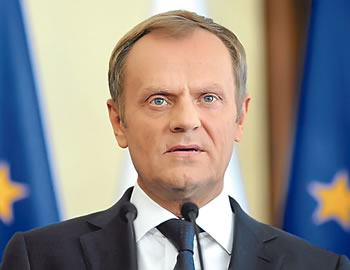 European Union leaders have told the UK that it cannot access the unions’s single market without first accepting the bloc’s rules on freedom of movement.

“There will be no single market a la carte,” EU President Donald Tusk told a news conference in Brussels on Wednesday after the union’s 27 leaders met without British Prime Minister David Cameron.

“Leaders [have] made it crystal clear today that access to the single market requires acceptance of all four freedoms including freedom of movement,” Tusk said.

Boris Johnson, the frontrunner to lead the Conservatives following Cameron’s resignation on Friday, has repeatedly insisted that the UK could still have access to the single market.

However, in a clear rebuttal to the former mayor of London’s claims, German Chancellor Angela Merkel warned on Tuesday that free access to the single market would mean losing some degree of control over immigration – a move that would anger many Brexit voters.

The former Polish premier stressed that negotiations on Britain’s future relationship with the EU cannot start until it formally triggers the two-year process leading to a divorce.

Tusk also said that the 27 EU leaders will hold a summit – without Britain – in Bratislava on September 16 to discuss further the fallout from Britain’s decision to leave the bloc.

“This was a first exchange so it is too early to draw conclusions. This is why we started a political reflection with 27 states and we’ll meet on September 16 in Bratislava to continue our talks,” Tusk added.

The summit will come just days after Britain’s ruling Conservative party is due to choose a successor to Cameron, who resigned on Friday after his country voted in a referendum to leave the EU by 52 percent to 48.

On Tuesday, Nigel Farage, a British MEP and a leader in the “Leave” movement, was booed and jeered when he urged Europe to give Britain a good trade deal when the so-called Brexit takes place, saying jobs in Germany’s car sector might be at stake otherwise.

“Why don’t we just be pragmatic, sensible, grown-up, reasonable … and cut a sensible tariff-free deal?” he asked.

In a speech interrupted several times due to the noise, Farage warned: “The UK will not be the last member state to leave the European Union.”

When Juncker mentioned the Brexit vote in a speech, Farage cheered, to which the EU Commission president joked, and quipped: “The British people voted in favour of the exit – why are you here?”

But bearing out his words, French far-right leader Marine Le Pen called the British vote “an extraordinary victory for democracy – a slap for a European system based more and more on fear, blackmail and lies.”