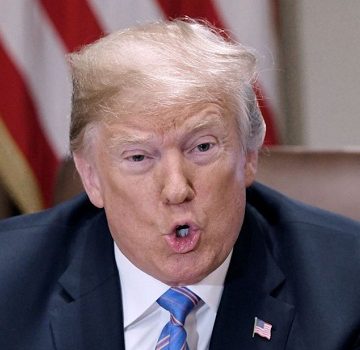 The United States said on Monday it will send over 5,200 troops to help secure the border with Mexico, a far larger-than-expected deployment as President Donald Trump hardens his stance on immigration ahead of November 6 mid-term elections.

The deployment will create an active-duty force comparable in size to the US military contingent in Iraq, as Trump’s administration draws attention to a caravan of migrants that is trekking through Mexico toward the United States.

General Terrence O’Shaughnessy, the head of US Northern Command, said 800 US troops were already en route to the Texas border and more were headed to the borders in California and Arizona.

“Trump has made it clear that border security is national security,” O’Shaughnessy said, as he detailed a much larger deployment that the 800 to 1,000 troops predicted by US officials last week.

O’Shaughnessy said some soldiers would be armed although it was unclear who, beyond US military police, might need those weapons. US officials have stressed that the troops would not police the border and instead carry out support roles like building tents and barricades and flying US customs personnel to locations along the border.

ALSO READ: A lamentation on Nigeria

Trump railed against illegal immigration to win the 2016 US presidential election and has seized on the caravan of Central American migrants at campaign rallies in the run-up to next week’s vote, firing up support for his Republican Party.

Trump said the United States would build “tent cities” to house migrants seeking asylum, rather than releasing them while they await court decisions.

“We’re going to put tents up all over the place. We’re not going to build structures and spend all of this, you know, hundreds of millions of dollars – we’re going to have tents,” he told Fox News in an interview.

Trump said detaining asylum seekers while their cases are being decided would discourage others from following suit.