Trump says he represents America, ‘not the globe’ 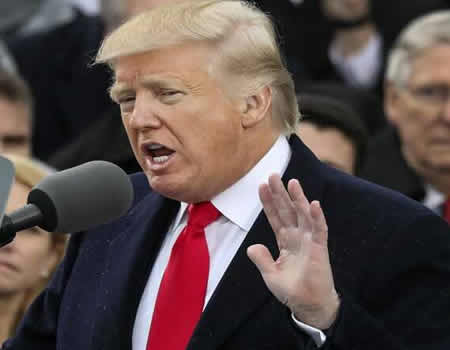 U.S President Donald Trump says his aim is to serve the U.S. and not the rest of the world, doubling down on his “America First’’ message in remarks to a conservative conference.

Trump vowed to toss out multilateral trade deals, bolster U.S industry and increase military spending as he remakes the Republican Party in his image with a focus on the “American worker.”

Trump stresses a common allegiance of all Americans to their country, pointing to the “same red blood of great patriots’’ flowing through the veins of all citizens.