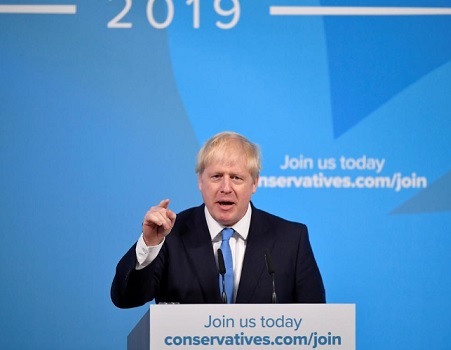 “Congratulations to Boris Johnson on becoming the new Prime Minister of the United Kingdom.

ALSO READ: Macron to speak to Britain’s new leader in the coming days

Foreign Secretary Jeremy Hunt has congratulated rival Boris Johnson on winning a leadership run off to succeed Prime Minister Theresa May as head of the ruling Conservatives.

Hunt who is not expected to remain in his ministerial post when Johnson announces his new cabinet from late Wednesday congratulated Johnson on Twitter.

“You’ll be a great PM for our country at this critical moment!” Hunt added.

“Throughout campaign, you showed optimism, energy & unbounded confidence in our wonderful country & we need that,” he said. “All best wishes from the entrepreneur.”