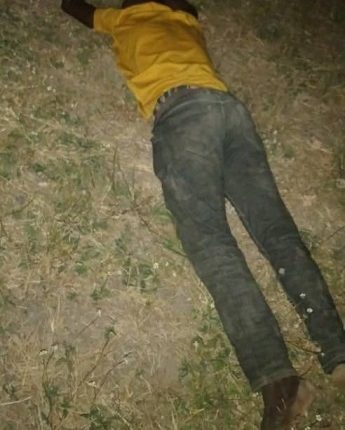 Soldiers of the Operation Whirl Stroke, on Sunday night, killed three suspected bandits at Adaka, a suburb of Makurdi town, the capital city of Benue.

It was gathered that the suspected bandits numbering about 10 invaded the community around 8.00 pm and shot at a man and his wife.

A local from the area who identified himself as Apile said that the man and his wife ran into them and were shot but escaped.

He explained that the couple ran into the community and alerted people, which promoted leaders in the community to alert troops of Operation Whirl Stroke who were on patrol of the area.

According to Apile, “In fact, if not for the prompt intervention of the military, something terrible could have happened. The military engaged the bandits in a heavy gun dwell and at the end, we saw them with three dead bodies.

“The bandits were armed with sophisticated weapons.

“We sincerely thank the Military personnel for their action and we are appealing for more deployment of security to our area to avert further attacks.

When contacted, Commander of OPWS, Major General Adeyemi Yekini, said his patrol team had an encounter with some armed bandits around Adaka community.

“Our troops are on top of the situation and will do everything possible with other security agencies on ground to protect the people,” Gen Yekini stated.

The Commander of OPWS however referred our correspondent to the Defence Headquarters Media Operations team for further information on the Adaka incident.

The Police Public Relations Officer in the state, DSP Catherine Anene, said she was yet to be briefed about the incident.

Any act of hooliganism during peaceful protests will be dealt with decisively, says Buhari