Tobacco control: FG to collaborate with Film Board 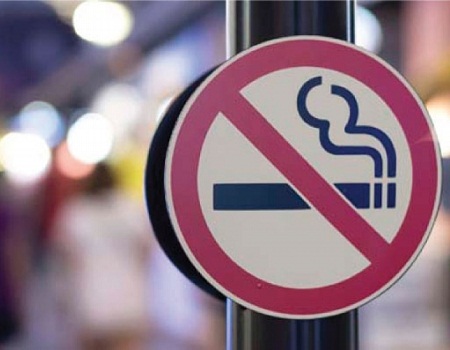 THE Federal Government says it will collaborate with the National Film and Video Censorship Board for effective control of the use of tobacco in the country.

The training was organised by Civil Society Legislative Advocacy Centre (CISLAC) in collaboration with TobaccoTax Advocacy in Africa for some government officials on “Tobacco Taxation in Nigeria”.

Represented by Dr Malau Toma, a Branch Head of Tobacco Control Unit, Ezeigwe noted that the tobacco industry had devised a means of sponsorship in films and movies to advertise their products.

She explained that they now used popular actors and actresses to advertise cigarette smoking in their movies and films.

“We now see actors, actresses and some celebrities who ordinarily do not smoke, now seeing smoking cigarettes in the movies.

“Our children who watch such films or movies think and believe this tobacco is associated with glamour.

“The industry is very smart and we need to do more for effective control of this product that causes a lot of diseases.

“We need to bring National Film and Video Censorship Board to the table to check activities of actors and actresses in their movies,” she said.

The coordinator emphasised the need to monitor and check online advertisement companies as such products were conspicuously advertised “against the law”.

He drank himself to stupor, laid naked on our baby girl after having s*x with me —Wife

Ayodeji Ibrahim Balogun known professionally as Wizkid is a Nigerian singer and songwriter. He started recording music at age 11 in 2009, signed a record deal with Banky W.’s record label Empire Mates Entertainment (E.M.E). He rose to prominence in 2010 with the release of the song “Holla at Your Boy” from his debut studio…READ MORE

Why I jumped from police vehicle ―Melaye

THE senator representing Kogi west senatorial district, Dino Melaye, on Monday, said he jumped out of police vehicle conveying him to Lokoja because he was tear gas canisters were used…READ MORE