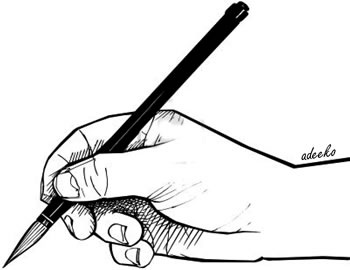 Human right activist and Senior Advocate of Nigeria, Femi Falana, recently asserted that political forces within the country are preparing grounds to launch a third term campaign ahead of the 2023 presidential election. The plan, he alleged includes an already activated process of oppressing the media in order to whittle down their influence.

While Falana’s assertion about third term remains unsubstantiated, the respected SAN is very much on point about ongoing assault on the country’s media. Analysis by pressattack.ng reveals that the highest number of aggression on the media in Nigeria since 1985 was witnessed under the current administration with 2018 and 2019 witnessing 58 and 61 attacks respectively.  This ranges from going physical with reporters (189), equipment searches and seizures (9), equipment or property damage (17), arrests (60), denial of access (21) threats (44) and harassment (12).

It is worrisome that the trend of arbitrarily attacking the media for paying the dues to their profession is becoming norm; the growing list of journalists, bloggers and people who stand up for human rights that have been arrested, harassed and intimidated by the authorities, being trumped on baseless accusation is leaving behind a pattern too strong to be ignored by the fourth estate of the realm.

Whenever the media is being assaulted, pens will strike, voices will yell and the airwaves will tremble, then everything will quell until another media assault happens and the circle will start over again. This is the reflex in most world countries where journalism is under threat.

If this status quo is allowed to persist, the consequence is that we shall on the one hand lose voices for the voiceless, and on the other hand murder the ambition of aspiring journalists, which may lead to their dearth in a world where role of the media as an ultimate defender of democracy is increasingly being reinforced.

It is a good thing that the International Festival of Freedom of Expression and Press (FILEP) has issued a communiqué urging African governments to put in place deliberate policies aimed at protecting journalists, but the media profession is becoming too sensitive for its discipline to be left in the hands of routine state authority.

Members of the fourth estate should push for a law that will empower organized media courts to determine the guilt of its practitioners’, subject to its laws and code of ethics and to decide upon punishment where defendant is found guilty. This will at least immunize the media from state sanctioned attacks under the guise of disciplinary action, otherwise, like the proverbial tortoise said “if we allow the lion to eat the ship today, he will still go hungry tomorrow and we don’t know the next amongst us to be eaten.”