• How LASTMA officials, others employ tricks to extort us —Truckers, motorists •‘They turn one-way sign anti-clockwise to confuse motorists’ •We don’t have records of our officers conniving with security operatives to extort motorists —LASTMA 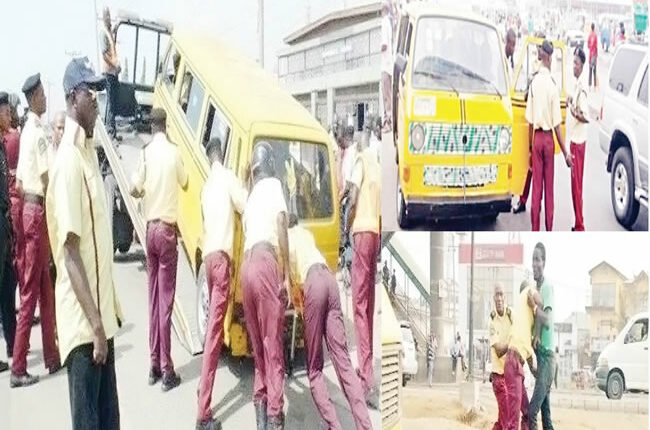 DESPITE the repeated admonition by the administration of Governor Babajide Sanwo-Olu of Lagos State to traffic officials in the state over alleged extortion of motorists, residents and transport organisations are still crying foul.

A survey conducted by Saturday Tribune showed that the call for professionalism might not be working on traffic officials in the state who have allegedly developed different tricks of sustaining the extortion of motorists with the help of touts and security officials.

Truck owners in the state operating at the ports claimed that LASTMA officials extort haulage drivers in connivance with security officials stationed along the ports access roads.

Speaking to Saturday Tribune, the chairman of the Association of Maritime Truck Owners (AMATO), Chief Remi Ogungbemi, explained that his members have complained several times about LASTMA officials deliberately stopping or arresting their vehicles to allow security operatives to swoop on the helpless drivers of the truck.

“In most cases, once the affected driver settles these security officials, he is left alone. Even the LASTMA officials who initially stopped him will be nowhere to be found.

“So, over time, we found out that LASTMA officials are involved in the extortion racketeering but they do it indirectly.

“However, I have told my members that it takes two to tango. Both the giver and taker of bribe are guilty of the crime. I have asked my members to resist giving bribes anytime they find themselves in tight situations.

“But the irony is that these security officials sometimes work in collaboration with touts and street urchins who wield dangerous weapons, especially once it is dark.

“Some drivers who resisted giving bribes in the past have had dangerous weapons used on them. Some of our drivers have been injured by these street urchins. So, in such cases, extortion cannot be resisted by truck drivers.”

‘They used tout to set me up’

Corroborating the alleged connivance with touts, a cab operator on the island, Rotimi Owotimo, alleged that rather than maintain sanity and free flow of traffic on Lagos roads, LASTMA officials connive with policemen and ‘area boys’ to extort commercial and private drivers.

The LASTMA officials, he alleged, usually come down hard on motorists, both private and commercial. According to him, he was once forced to part with N3,000 to complete a N10,000 bribe a LASTMA officer demanded from a driver at the Iyana-Iba under Bridge before the driver was left off the hook.

Recounting his own experience, he said: “I was held up in traffic at CMS Bus Stop on Lagos Island. LASTMA officers were stationed on both sides of the road. They were obviously on the lookout for traffic violators.

“Suddenly, from the mirror, I saw a young man clinging to the rear side of my car. And since the axis was notorious for traffic robbery, I was reluctant to get down from my car to see what was happening. It was around 7.00 a.m. I continued on my journey but I was disturbed with the hide-and-seek the young man was playing.

“Again, the guy appeared and I felt I had to get out of my car to ask him why he was clinging to my car but as I alighted from the car, the young man fled and in the twinkling of an eye, right there in the traffic, LASTMA officials seized my car and placed an iron bar with a sharp edge in front of it to prevent me from moving. They said I obstructed free flow of traffic and that I didn’t use my seat belt. I was dumbfounded.

“That was how LASTMA officials arrested me, using area boys as bait. All attempts to explain what happened to them fell on deaf ears. One of the officials grabbed the car key from me and drove down to their office at Olowu where the negotiation took place.

“The officer demanded for N20,000 but after a lot of persuasion, I parted with N5,000 and my car was released. Not much attention is paid by the Lagos State government to the atrocities committed by LASTMA officers on Lagos roads. I had another unpleasant encounter with some officials at the Iyana-Iba Roundabout on the Lagos-Badagry Expressway.”

“This time, I wasn’t directly involved. It was a friend that was arrested by LASTMA officials for an offence he claimed not to have committed. After so much back-and-forth, they billed him N40,000 but the man pleaded with N5,000 which they refused.

“The atrocities LASTMA officials commit on Lagos roads are innumerable. Instead of maintaining traffic on the roads, the LASTMA officers devise various tricks to extort commercial and private drivers.

“There are instances of LASTMA officers turning the one-way signpost on the road anti-clockwise to confuse motorists. They arrest them once they drive against it and penalise them heavily for violating traffic rule.” 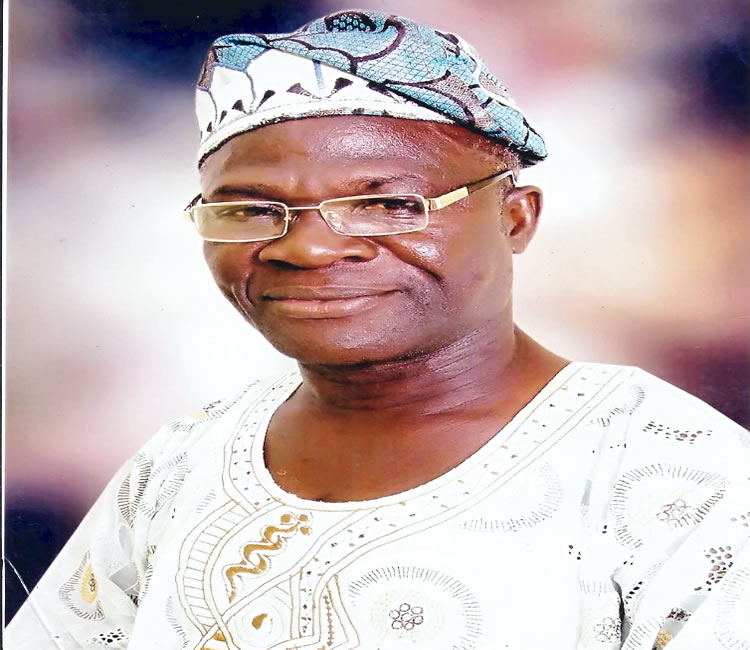 ‘We are extorted on legal routes’

For a leader of the Motorcycle Operators Association of Lagos State (MOALS), Mr Adejumo Okanlawon, okada riders operating in the state have no issue with LASTMA officials.

According to him, okada riders endlessly battle officials of the enforcement team created by the Lagos state government to enforce the restriction order on okada operations across the state.

Okanlawon alleged that members of the team are making life miserable for okada riders operating in non-restricted routes in the state.

He alleged that the team torments okada riders operating in non-restricted routes with soldiers and makes them to pay N50,000 to reclaim their impounded okada.

He said: “LASTMA don’t disturb okada riders. They are after commercial and private drivers. I doubt if they go after tricycle riders too. We don’t have any issue with LASTMA officials but there is an agency of the Lagos State government called anti-okada team that are making life miserable for okada riders in Lagos State.

“The squad was established to enforce the no-okada rule in some restricted areas but the officials of this team strayed from this mandate to harass okada riders in non-restricted areas.

“The anti-okada team is made up of 20 persons drawn from each of the 20 local government areas and 37 LCDAs to bring sanity to the operations of the riders but they have gone outside the enforcement of this restriction order to be arresting okada riders operating in non-restricted areas and extorting them.

“They go about with soldiers arresting okada riders. For instance, about two days ago, they raided the Abule Egba community and arrested our members who go about their lawful duties.

“From the feelers we got from our members who have fallen victim, okada riders are meant to pay no less than N50,000 to reclaim their seized okada.

The funny part of this is that they take the arrested okada riders to somewhere in Alausa and force them to pay the amount. They threaten them with armed soldiers in uniform. We have lodged a formal complaint with the leadership of the anti-okada team but the extortion and harassment remain unabated. 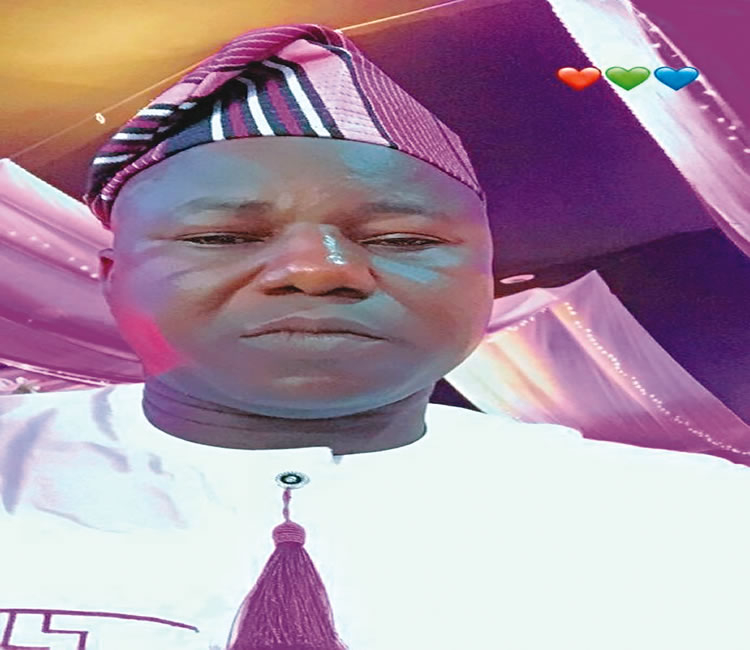 The statement entitled ‘Illegal Operation’ referred to by Okanlawon reads in part: “It has come to the notice of the ministry that some teams are operating outside their jurisdictions while some are operating in some local governments where operation of okada has not been banned. To this end, I have the instruction to warn all coordinators and captains to desist from any illegal operation.

A student of the University of Lagos, Mojeed Areola, said he was once arrested by LASTMA officials because his car abruptly stopped on the side of the road.

Areola said the officials shrugged off his attempt to explain his predicament and took him to their nearest office.

The student said he was surprised to see that they had already recorded his alleged offence with a N70,000 charge.

According to him, all his pleas to them were declined.

A businessman, Tope Ajao, narrated how he was misled by a LASTMA official to park at an unauthorised spot.

Ajao said he was surprised to hear the official saying that he was not the one who directed him to park there.

The surprised businessman said his car was impounded and a penalty was imposed on him.

Bolatito Solape accused the officials of being unreliable, unprofessional and deceitful.

Solape said she had been a victim of their alleged ineptitude many times.

She, therefore, urged the government to re-orientate the officials so they could discharge their duties professionally.

He said: “I am not aware of LASTMA officials conniving with security operatives to extort motorists in Lagos. In fact, I am hearing that from you for the first time.

“LASTMA doesn’t work with other security operatives along the roads in Lagos. It is only the Task Force in charge of the port area in Apapa that works with the men of the Nigerian Police Force (NPF) in order to provide security for them.

“We don’t have records of our officers conniving with security operatives to extort motorists in Lagos.

“We need to be mindful of impersonators who go around extorting motorists under the guise of being LASTMA officials. We are on the lookout for such people.

“In the last one year, we have had two officers dismissed; three officers had their employment terminated; one officer got a reduction in rank; two people have been reprimanded and six officers are currently on suspension without pay.

“This shows that at LASTMA, we don’t tolerate corruption-related activities by our officers.

“That’s why I said there are issues of impersonation, and we are on the lookout for such impersonators.”

John Kerry tests positive for COVID at COP27, as negotiations go beyond schedule