The Avalon Daily Screens Documentary on Press freedom In Nigeria 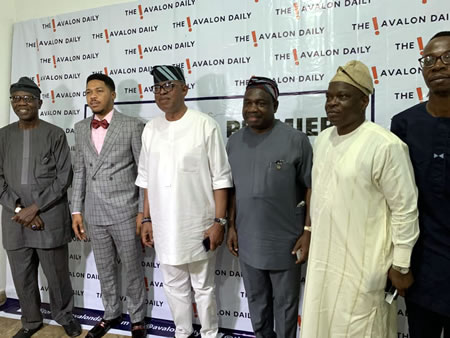 It was Sir Tom Stoppard, the British playwright and screenwriter that succinctly opined that “I still believe that if your aim is to change the world, journalism is a more immediate short-term weapon.” This much was demonstrated at the screening of The Avalon Daily’s documentary – Paying The Price (Press freedom in Nigeria), held at Freedom park, Lagos.

The documentary told the story of six journalists (Dapo Olorunyomi, Babafemi Ojudu, George Mba, Nosa Igiebor, Soji Omotunde, and Kunle Ajibade) who were tortured and jailed by the military government for publishing stories that were in the interest of the society.  Kunle Ajibade and George Mbah were both jailed for life.

In his keynote address at the screening, Chief Olusegun Osoba, a former governor of Ogun state and one time managing director of the Daily Times stressed on the roles of journalists in a democracy, one in which he described as being “of great significance.”  Chief Osoba also went on to make the point in his address that “the democracy and freedom we enjoy in Nigeria today was fought for by the media. 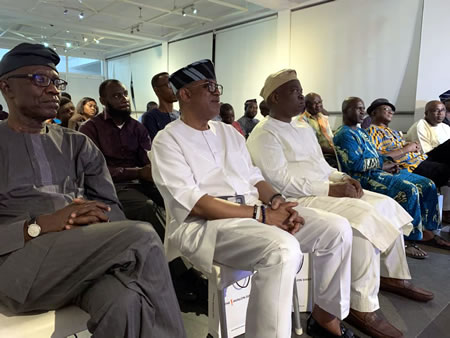 I have urged my colleagues at the Tell magazine, The News, The Guardian and others to write their story so people can know what the media passed through during the military regime. Some of you might have heard of NADECO, but that was just a wing or an arm in the fight for democracy. What you have just watched now (the documentary) is the price the media had to pay to usher in democracy in our country.”

Representing the governor of Lagos state, Mr Babajide Sanwolu, the commissioner of information and strategy, Mr Gbenga Omotoso, paid tribute to those journalists who paid the ultimate price for defending their ideals and the ethics of their profession. “I’m glad that there are students of journalism who are also in attendance here, hopefully they would learn a bit of history and what it means to be a good journalist,” Mr Omotoso said. He also recalled the ordeals of some of his colleagues like Senator Ojudu who was at one point held in a cemetery by the junta.

Mr Omotoso concluded his remarks by commending The Avalon Daily for putting together the documentary, he said “I commend the organizers of this event for preserving an important historic event in our country.”

Also remarking at the event was Senator Gbenga Ashafa, a former Senator representing Lagos-East constituency and the chairman senate committee on land transportation. Senator Ashafa who spoke after the screening of the documentary said “The Avalon Daily has dug into the history of journalism and media in Nigeria to produce a documentary about the huge price paid by veteran journalists during the military era. 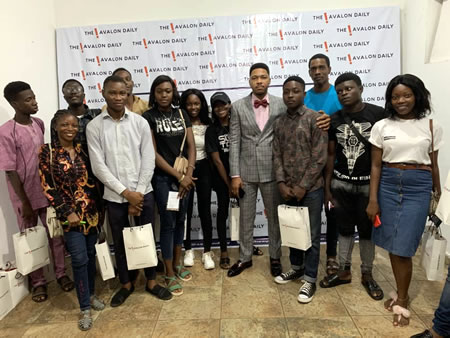 As a people, we cannot afford to ignore the sacrifices made by those who risked all to give us a voice during oppression. I believe that as long as there is a chance for despots and authoritarian regimes to thrive, we owe our society a collective responsibility to speak up.

This documentary on Paying the Price of press freedom in Nigeria is a commendable memoir that has shed light on a part of Nigeria’s history that we cannot simply forget.”

Speaking after the screening also was Mr Hakeem Bello (SA Communications to Minister of Works and Housing), who was representing the honourable minister of Works and Housing, Mr Babatunde Fashola. “As you know, Mr. Babatubde Fashola is a stickler for documentation and he takes the documentation of important historical events like this documentary very seriously. I personally recall when my friend and colleague was also detained at the famous cemetery and those were ugly times for our country and journalists in particular. 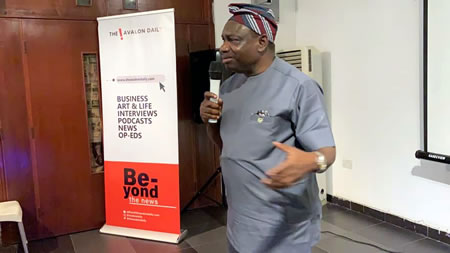 I am glad that the efforts of journalist, particularly in that era has been documented by The Avalon Daily, and we must continue to encourage other journalists to live up to the ethics of the profession.”

The event was brought to a close with the Managing editor of The Avalon Daily and producer of the documentary, Mr Ayodele Adio, delivering a vote of thanks and recognizing one of the victims of military’s abuse of power, Mr George Mbah, who was jailed for life by the Abacha led military government. Mr Mbah who also spoke briefly at the event stressed the point that “journalist should continue to do their work in the interest of the society and damn the consequences.”

Other guests at the event were, Mr Lanre Idowu, Mr Akin Fatunke, Tomiwa Aladekomo, students of the department of mass communication LASU, and several other guests.

FG on torture of suspects by security agencies