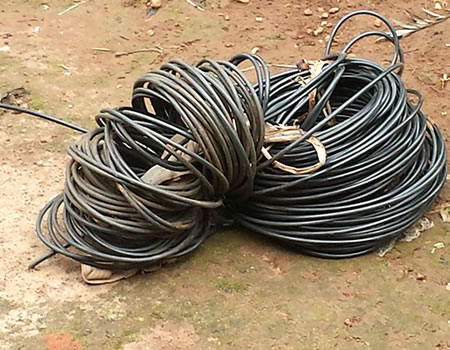 One 18-year-old  Chidiebere Kalu on Wednesday appeared in an Ebute Meta Magistrates’ Court, Lagos, for alleged theft of 12 bundles of cables belonging to the Nigeria Railway Corporation.

Kalu, whose address was not provided, is facing charges of conspiracy, stealing and break-in,  to which he pleaded not guilty.

Emmanuel alleged that the defendant broke into the corporation’s store and stole the cables.

“He stole 12 bundles of electric cables and two coiled electric motor machines, all valued at N3.1 million,” the prosecutor said.

The Magistrate, Mrs A.O. Kusanu admitted the defendant to bail in the sum of N200,000 with two sureties in like sum.

Kusanu adjourned the case until Sept. 13 for mention.