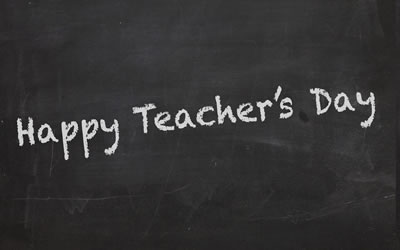 AS teachers globally celebrate the 2017 Teachers’ Day, the Academic Staff Union of Secondary Schools (ASUSS), Kogi State chapter on Thursday expressed fears over the ability of the state to meet the Sustainable Development Goal (SDG) on education by the year 2030.

The secondary school teachers regretted that the education section had been declining in the state with IRS attendant effects on the students being produced by the system.

The ASUSS in a statement by its chairman, Ranti Ojo and the secretary, Ogwu Emejeh, to mark the celebration, said there was the need for the state government to brace up and rescue the sector from total collapse.

The teachers noted that the state lacked SME of the requirements to develop the sector like adequate manpower, infrastructures and instructional materials.

The union said, ” It is disheartening to note that there has been a seeming decline in the educational fortune of the state within the past few years. The secondary education sector, for instance, has been bedevilled with myriads of problems ranging from poor and dilapidated structure through absence of instructional facilities, laboratories, and libraries to dearth of teachers.

“The situation is so bad that there are secondary schools in this state, where all subjects are offered as at 2017 that still have less than four teachers. These same schools prepare students to sit for external examinations like WASSCE and SSCE by WAEC and NECO respectively.

“The state of affairs has been made worse and very critical with the screening exercise embarked upon by the current administration in the state which is yet to be concluded. The screening exercise resulted in the non-payment of salaries to a reasonable number of teachers ranging from six to twenty-one months.

“This is aside the decision of this government to politicise the employment and payment of the 500 teachers who went through all the due processes of employment and were employed in October 2015 by the Teaching Service omission. On a general note; did it occur to anybody that our place in education at all levels is mere illusion than reality?

“For two years on, the state-owned tertiary institutions particularly Kogi State University, public secondary and primary schools in the state have ran abnormally due to frosty government labour relationship, dilapidated infrastructure among others. It goes without saying that once education suffers the society is in ruins.”

ASUSS, however, tasked the state government to understudy some of the states in the country where there had been noticeable drifts of students and pupils from private to public schools.