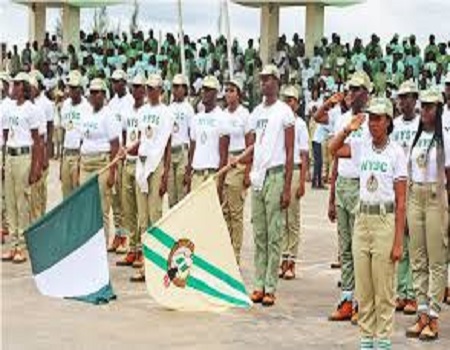 Gov Aminu Tambuwal of Sokoto State on Friday advised the National Youth Service Corp (NYSC) members posted to the state to consider themselves as agents of change and pursue national growth.

Tambuwal gave the counsel at the swearing-in of the 2019 Batch `A’ of  NYSC corps members at the orientation camp in Wamakko Local Government Area of the state.

The governor urged the corps members to dedicate themselves to the physical training in the camp and to mingle freely with the communities during their primary assignment.

“I encourage you to engage actively in activities that will contribute toward the economic development of the state.

“I also urge you, corps members, to strive to eradicate poverty, fight against corruption, drugs abuse and other social vices.

“Utilise entrepreneurship skills and other economic training that will be organised for you during the orientation to impact positively on your host communities,’’ the governor said.

Tambuwal, represented by the Secretary to the State Government, Prof. Bashir Garba, also challenged the corps members and other Nigerian youths to maximally explore economic potentialities in the country.

The governor assured them of the state government’s support on any economic and development projects they initiated.

The governor said that Sokoto State still enjoyed relative peace and reiterated his government’s commitment to partner with security agencies on safeguarding lives and properties of citizens of the state.

Alhaji Abubakr Ladan, the State NYSC Board Chairman, also urged the corps members to engage in good conducts with their host communities.

He also challenged them to pursue the reception of available awards during their service year.

Ladan said that arrangements had been made to ensure that the corps members participate meaningfully in community development projects in the state.

Enaberue said that this was in accordance with the Federal Government’s efforts to facilitate economic development in the country.

“Ninety-five per cent of the corps members posted to the state will be posted to teach in schools as their primary assignments to complement government’s efforts to boost the education sector.

“To support Tambuwal’s resolve to improve rural dwellers living standards, 75 per cent of the medical doctors and health auxiliary workers among the corps members will be posted to the rural communities.

“I encourage the corps members to facilitate religious tolerance and ethnic understanding in their host communities as well as initiate programmes that will have direct bearings on human development in line with the NYSC scheme,’’ the coordinator said.

The News Agency of Nigeria (NAN) reports that 1,896 corps members are undergoing orientation at the camp in Sokoto state.

The swearing-in was attended by the District Head of Sabon Birni, Alhaji Sheikh Malami, the heads of the law enforcement agencies and government officials.

Court orders Evans to defend himself, as lawyers desert him