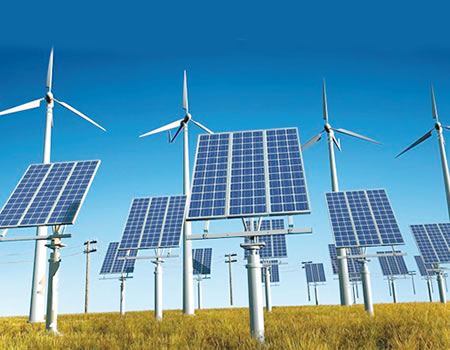 THE Environmental Rights Action/Friends of the Earth Nigeria (ERA/FoEN) has called on African governments to tackle the continent-wide poverty to avoid a spiralling cycle of energy poverty and liberate citizens to enjoy renewable energy access.

Executive Director, ERA/FoEN, Dr Godwin UyiOjo, who made this call while addressing newsmen alongside Coalition of Civil Societies (CSOs) in Abuja, also urged the governments to take the lead in the ongoing energy revolution to transit from oil, gas and coal dependence to alternative renewable energy sources.

Many churches, even mosques, have adopted our style —Olukoya, MFM GO

According to him, African governments should try to eliminate obstacles militating against JET and provide zero per cent tariffs and VAT on a full range of decentralised renewable energy products and components.

“Divert public finance from oil and gas development and increase public finance, loans, subsidies and other investments towards developing the renewable energy sector.

“Africa governments should tackle poverty to ensure access to energy. We note that the energy poverty across Africa is due to widespread poverty. Hence, there is the need for Africa governments to tackle the incidence of poverty headlong.

“Poverty can be addressed by extending energy access to all especially the vulnerable groups. Asking the poor to save money to light up their poverty will amount to double jeopardy and keep alive the vicious cycle of poverty. This will jeopardise the future energy we want.” He added.

Dr Ojo said energy access should be seen as a right for all, adding that there is injustice surrounding the production and supply of energy that must be addressed to promote energy democracy that allows decentralised energy production systems so that individuals and communities could mini-grid and off-grid systems to power their needs.

Plight of the Internally Displaced Persons in Nigeria