Tadia gives fans something ‘Worth It’ 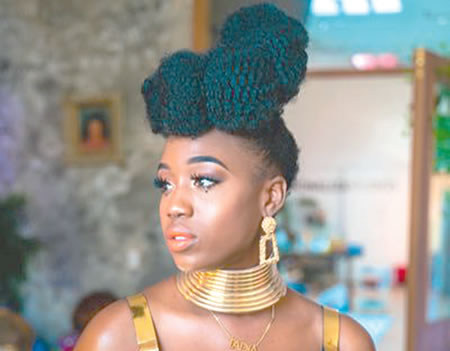 World Music artiste, Tadia, is one of those who believe in bringing something special to their fans. For somebody whose goal is to take the music industry by a storm, putting out new songs that would enlist her name and music on the world map has been her main focus.

Having showed her fans a glimpse of what to expect from her in her last single, ‘Down Low’, Tadia is returning to the music scene with another single entitled ‘Worth It’, and she didn’t seem to have lost her vibes in anyway.

The singer said she returned to music fully having obtained  bachelor’s and master’s degrees in journalism.

Tadia said she’s excited about the rise her career is witnessing even as she added that her new song, which would be released on all music platforms on June 16 was a pointer to her determination to keep winning over more fans and regsistering her name on their minds.

Her last single took her to the Afro Latino Festival, performing with Wyclef Jean and opening for Mawell during Miachael Brun’s Bayo Show.

She hinted about her passion to showcase her multifacetedness as a singer, media maker/personality and entrepreneur.

“SInging has always been a passion just as connecting with audiences of all sorts.”

How my movie, Ohun Ti Mofe was pirated, reproduced by another producer —OT Odimayo